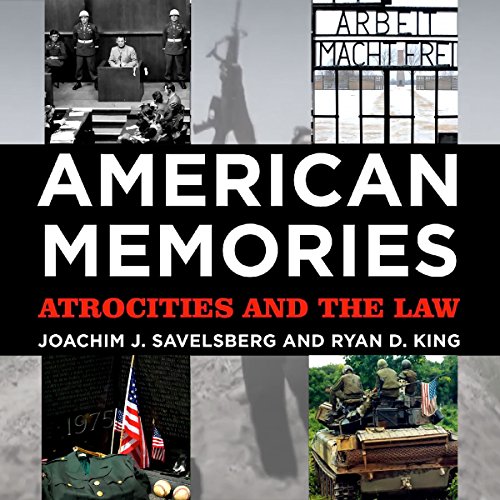 In the long history of warfare and cultural and ethnic violence, the 20th century was exceptional for producing institutions charged with seeking accountability or redress for violent offenses and human rights abuses across the globe, often forcing nations to confront the consequences of past atrocities. The Holocaust ended with trials at Nuremberg, apartheid in South Africa concluded with the Truth and Reconciliation Commission, and the Gacaca courts continue to strive for closure in the wake of the Rwandan genocide. Despite this global trend toward accountability, American collective memory appears distinct in that it tends to glorify the nation's past, celebrating triumphs while eliding darker episodes in its history. In American Memories, sociologists Joachim Savelsberg and Ryan King rigorously examine how the United States remembers its own and others' atrocities, and how institutional responses to such crimes, including trials and tribunals, may help shape memories and perhaps impede future violence.

American Memories uses historical and media accounts, court records, and survey research to examine a number of atrocities from the nation's past, including the massacres of civilians by US military in My Lai, Vietnam, and Haditha, Iraq. The audiobook shows that when states initiate responses to such violence - via criminal trials, tribunals, or reconciliation hearings - they lay important groundwork for how such atrocities are viewed in the future. Trials can serve to delegitimize violence - even by a nation's military - by creating a public record of grave offenses. But the law is filtered by and must also compete with other institutions, such as the media and historical texts, in shaping American memory. American Memories provocatively suggests that a nation's memories don't just develop as a rejoinder to events - they are largely shaped by institutions.

The audiobook is published by the Russell Sage Foundation.

What listeners say about American Memories