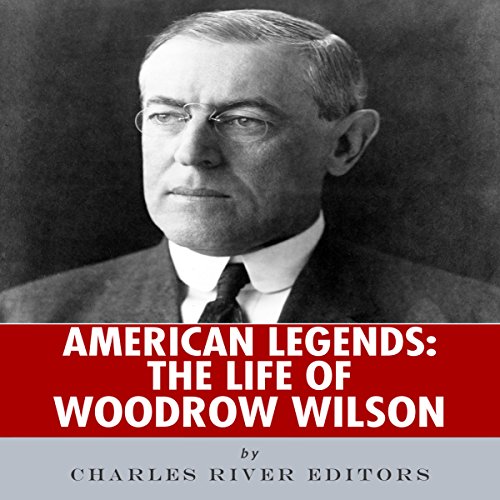 By: Charles River Editors
Narrated by: Bill Hare
Try for $0.00

Includes Wilson's Fourteen Points, inaugural addresses, and his war message to Congress for World War I.

As one of the most influential men of the 20th century, there is no shortage of adjectives to use when describing Woodrow Wilson's two terms as president of the United States. Wilson was a pioneer of the Progressive movement both before and during his presidency, becoming a populist champion a generation before Franklin Roosevelt's New Deal. He ran for reelection by touting his neutrality during World War I, only to lead his nation into the war and become the architect of a world body that would lead to greater inter-connection among nations. Today Wilson is best remembered for his Fourteen Points, one of the most forceful arguments for an idealistic foreign policy in American history, and his fight for the League of Nations, which set the model for today's United Nations.

Wilson's presidency was monumentally consequential, but it is not without its critics, nor is the man himself. Even as Wilson has come to be viewed as one of America's greatest presidents, perception of Wilson and his administration as racist have also taken hold. Despite being one of the early 20th century's most forceful proponents of a globalized foreign policy, Wilson's personal views and comments were ardently anti-immigration, and Wilson's administration entrenched and expanded segregation in the federal government.

What listeners say about American Legends: The Life of Woodrow Wilson

A synopsis really, needs far greater depth. Doesn't give much insight into interactions, just the outcomes.