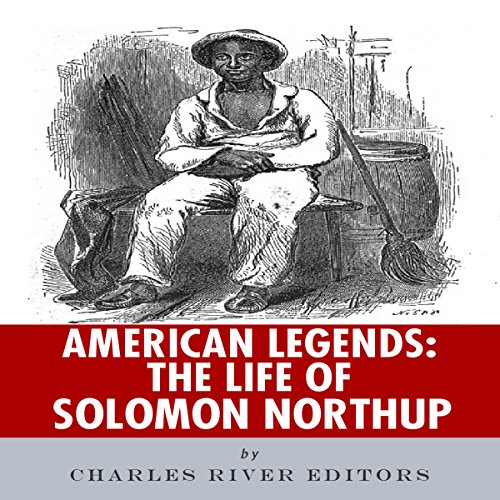 "Having been born a freeman, and for more than 30 years enjoyed the blessings of liberty in a free State - and having at the end of that time been kidnapped and sold into Slavery, where I remained, until happily rescued in the month of January, 1853, after a bondage of 12 years - it has been suggested that an account of my life and fortunes would not be uninteresting to the public." (Solomon Northup)

A lot of time has been spent covering the lives of history's most influential figures, but how much of the forest is lost for the trees? In Charles River Editors' American Legends series, listeners can get caught up on the lives of America's most important men and women in the time it takes to finish a commute. And they can do so while learning interesting facts long forgotten or never known.

In 2013 the release of the critically acclaimed 12 Years a Slave once again shined the spotlight on slave narratives. The movie's depiction of Solomon Northup's slave narrative pushed him front and center in the public consciousness. Northup's life was quite unique because he was born a free African-American in the state of New York, and he spent the first 33 years of his life living as a free man there. However, in 1841, he was tricked into traveling to Washington, DC, with the promise of employment as a violinist, only to be subsequently sold into slavery and forced to work as a slave on a plantation in Louisiana.

For 12 years he endured the plight of being a slave. So when he gained his freedom in 1853, he was well positioned to write an account that poignantly described the barbaric system of slavery in the Deep South.

What listeners say about American Legends: The Life of Solomon Northup