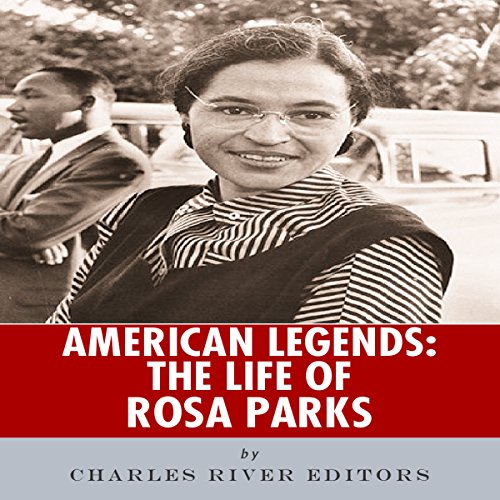 tired physically, or no more tired than I usually was at the end of a working day. I was not old, although some people have an image of me as being old then. I was 42. No, the only tired I was, was tired of giving in." - Rosa Parks

Rosa Parks is one of the most famous women in American history, and an instantly recognizable name among Americans of all ages, thanks to the events of December 1, 1955. That afternoon, on her way home from work, Parks refused to give up her bus seat to a white person in defiance of Montgomery's segregated bus policies. Within days of her arrest, Montgomery's civil rights activists had organized a wide-scale boycott of Montgomery's buses by blacks. To lead the boycott, organizers formed the Montgomery Improvement Association, electing a young, 26-year-old pastor president of the new group. His name was Dr. Martin Luther King, Jr.

In many histories, the narrative of Rosa Parks' life ends there. While she was celebrated and hailed as a civil rights activist for the next 50 years until her death in 2005, few details of her life aside from her determined act and arrest are remembered. The context of the time and place are also largely overlooked, most notably the fact that she was not the first black woman who was arrested for refusing to give up her seat in 1955. All of that is largely unfair, considering the fact that Rosa Parks suffered further abuse and stigma living in the South during the Civil Rights Movement. And instead of cashing in on her fame, she gave much of the money she made to civil rights groups and organizations.

What listeners say about American Legends: The Life of Rosa Parks