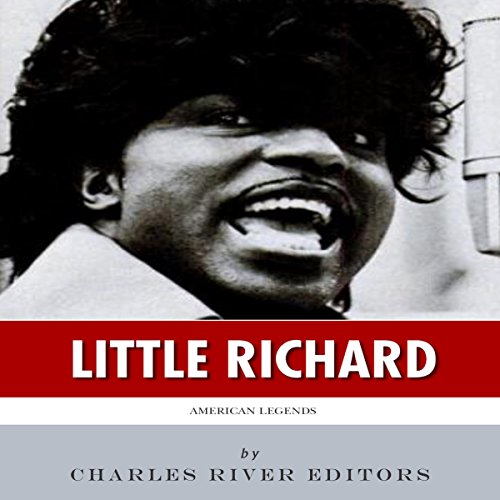 By: Charles River Editors
Narrated by: Robin McKay
Try for $0.00

"The grass may be greener on the other side, but it's still difficult to cut." - Little Richard

As the present generation of rock music devotees looks back to the early days of the genre, each fan base heralds one artist or another as the founder of the movement that swept the country in the 1940s and '50s. Titles such as "King of Rock" and "Father of Rock" are spread freely among a small group of pioneers that are revered today as the greats of early rock. Buddy Holly is noted for his combination of a traditional look with a driving beat and a refreshing, simplistic American style of romantic lyrics, Elvis Presley stands alone in terms of exerting a charismatic, seductive hold over his audience, and Chuck Berry is known for his guitar innovations and appeal to teen romance and the American automobile. Within this generation came Richard Wayne Penniman, a young blues singer from Macon, Georgia affectionately known to the public as "Little Richard". Whereas Holly, Presley, and Berry were daring innovators, Penniman based his appeal on an outrageous stage personality, a catalog of special vocal effects, a barbaric set of piano techniques, and a raft of nonsensical texts bordering on gibberish, many of which had to be significantly cleaned up for public consumption.

What listeners say about American Legends: The Life of Little Richard

I liked the story of Little Richard but it is very obvious that a lot have been left out of this biography to be told in a little of over an hour.

short amd sweet! loved it and will listen again

great story!!! short and sweet. Now to find another on audiobook on him :) :)