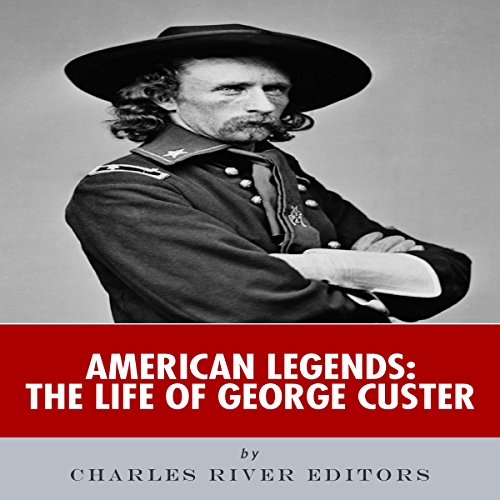 Since the Battle of Little Bighorn, George Armstrong Custer (1839-1876) has possessed one of the most unique places in American history. Although he was a capable cavalry officer who served honorably during the Civil War, he remains one of the most instantly identifiable and famous military men in American history due to the fact he was killed during one of the country's most ignominious defeats, the Battle of Little Bighorn. Yet this one relatively insignificant battle during America's Indian Wars has become one of the country's most mythologized events and continues to fascinate Americans nearly 140 years later.

Though he's now best remembered for "Custer's Last Stand", George Armstrong Custer began June 25, 1876 as one of America's better regarded cavalry officers and a man whose ambitions might one day take him to higher office. In fact, decades before radio and television existed, Custer mastered the art of public relations. He dressed impeccably and had newspaper correspondents accompany him on campaign, all in an effort to help cultivate and enhance his legacy. Custer's efforts worked, with one biographer noting that Americans during the 19th century viewed him as "a cavalier without fear and beyond reproach".

The last 10 years of his life were full of political and military intrigue as he attempted to position himself both in politics and the army while making himself one of the best known fighters of the Indian Wars. Those actions, along with the Battle of Little Bighorn, made him controversial even in his day, but with his death coming to be widely viewed as a sacrifice for his country, his legend and legacy grew throughout the nation. No matter what critics or supporters thought of him, George Armstrong Custer was unquestionably relevant.