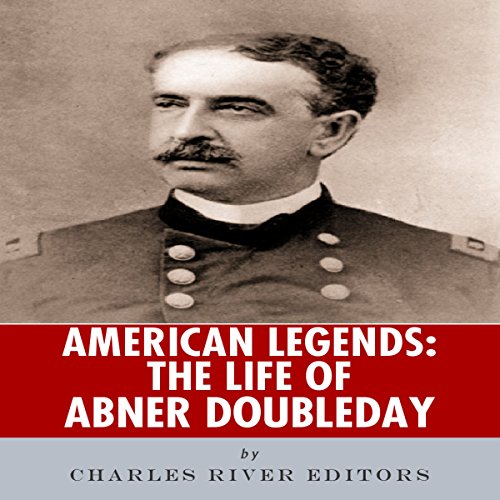 "Gen. Doubleday was not a man of 'personal magnetism' nor what is called a dashing officer.' He was an earnest and conscientious man and a safe and steady soldier-precise, methodical, and to be depended on in any emergency." - General Don Carlos Buell

Abner Doubleday (1819 - 1893) had one of the lengthiest Civil War resumes and an influence that made him worthy of national recognition. Doubleday is credited with firing the first shot in defense of Fort Sumter, the opening fight of the war, and he played a pivotal role on the first day of the Battle of Gettysburg, taking command of the I Corps early on the morning of July 1, 1863 after General John Reynolds was killed. Doubleday also led a division at South Mountain and then at Antietam, where he was injured during deadly fighting in the Cornfield and the West Woods. One colonel described him as a "gallant officer ... remarkably cool and at the very front of battle", and his personal character was so admired among the rank-and-file that one of his men humorously asserted, "He is deficient considerably in the requisites of a commander. He does not drink whiskey..."

What listeners say about American Legends: The Life of Abner Doubleday