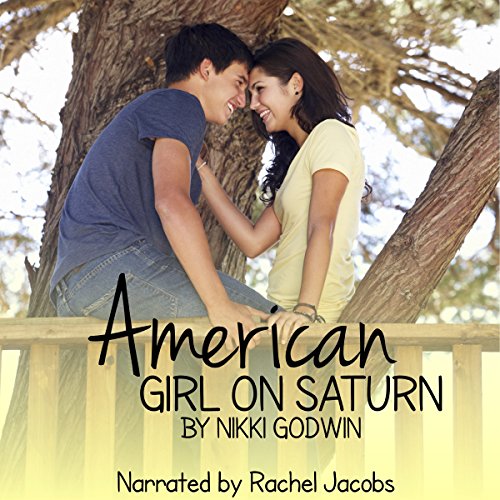 The summer after graduation is supposed to be that first real taste of freedom - but not for 18-year-old Chloe Branson. Just as that breeze of freedom is making its way into her galaxy, her secret-service-agent dad drops a meteor-sized bomb of bad news on her and her sisters. An attempt has been made on the lives of Canadian boyband, Spaceships Around Saturn, during their USA tour, and the guys have to go into hiding ASAP. The only problem? In the midst of the crisis and media frenzy, their dad volunteered to hide the guys...in their house.

Six-year-old Emery is as ecstatic as any self-proclaimed Saturnite would be, but Chloe and her 17-year-old sister Aralie watch their summer plans crash and burn like a falling star. The SAS guys aren't happy with the situation, either. Bad boy Jules picks fights with Aralie about everything from his Twitter followers to his laundry, and heart-throb Benji can't escape Emery's fangirlisms for more than three minutes.

But after the super-cute Milo kisses Chloe during a game of hide-and-seek, she finally understands what Emery means when she talks about SAS being "out of this world." If this is what Saturn feels like, Chloe doesn't want to come back to Earth.

What listeners say about American Girl on Saturn

I love this series! I loved the Branson girls and the Saturn Boys! Great read!

Perfect addition for a quirky story

Would you listen to American Girl on Saturn again? Why?

Yes! This was so delightful!

What was one of the most memorable moments of American Girl on Saturn?

Every single time Emery was in the scene, my heart went SQUEEEE!

Everything, oh my goodness. She sounded so much like a real American teenage girl with a wrecked summer because of a boyband. Just the right amount of snark and giddiness.

What did you love best about American Girl on Saturn?

It was funny, charming and fantastic .The stunning cover that drew me in, but I really love the story. Very good narration

I enjoyed the story. Very cute. However I was not a fan of the narrator. She read GREAT, but her voice just wasn’t my favorite. If she were reading a book about a younger child, she has the perfect voice because she did the youngest sister plenty of justice...

This is a great, cute, and lovely story!! Never a dull moment. The audio version made me feel like I'm with them. Good job Nikki and to the narrator, Rachel! Amazing!