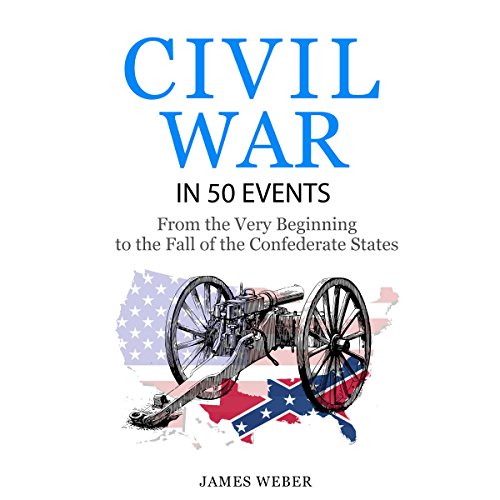 Do you want to learn how the bloodiest military conflict in American History began, was fought, and ultimately won by the Allies? Hear about the 50 most important events of the Civil War, from the very beginning to the fall of the Confederate states.

This book is perfect for history lovers. Author James Weber did the research and compiled this huge list of events and battles that changed the course of history forever. Some of them include:

The book takes you through the most important events of the Civil War, from before the beginning of the war in 1861 until its end in 1865. It contains all the major battles and fights. You will find explanations for every event, making this the perfect resource for students and anyone wanting to broaden their knowledge in history. Download your copy now!
©2015, 2016 James Weber (P)2016 James Weber

What listeners say about American Civil War in 50 Events