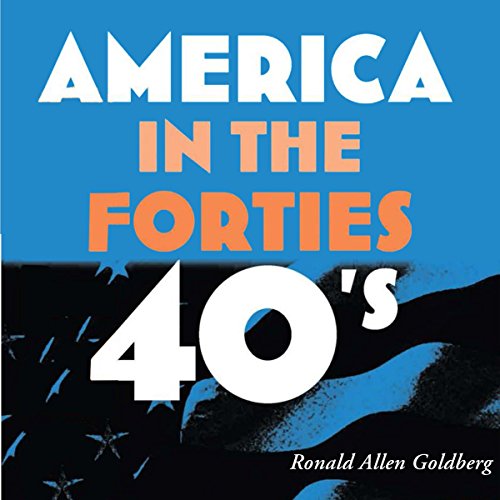 America in the Forties

America in the Forties

In America in the Forties, Goldberg energetically argues that the decade of the 1940s was one of the most influential in American history, a period marked by war, sacrifice, and profound social changes. With superb detail, Goldberg traces the entire decade from the first stirrings of war in a nation consumed by the Great Depression through the conflicts with Europe and Japan, to the start of the Cold War and the dawn of the atomic age. Richly drawn portraits of the period's charismatic, brilliant, and often controversial leaders Franklin Roosevelt, Winston Churchill, and Harry Truman demonstrate their immense importance in shaping the era, and in turn, the course of American government, politics, and society.

Goldberg chronicles U.S. heroic accomplishments during World War II and the early Cold War, showing how these military and diplomatic achievements helped lay the foundation for the country's current role in economic and military affairs worldwide.

Combining an engrossing narrative with intelligent analysis, America in the Forties enriches our understanding of that pivotal era.

“Scholarly, readable, powerful, Goldberg's book is essential reading for anyone interested in twentieth century history and its impact on the present.” ( Metapsychology Online Reviews)
“The book provides invaluable background for understanding the current political landscape in which hot debates center on the federal government's role in addressing both international and domestic crises. (Maurine H. Beasley, University of Maryland, College Park)