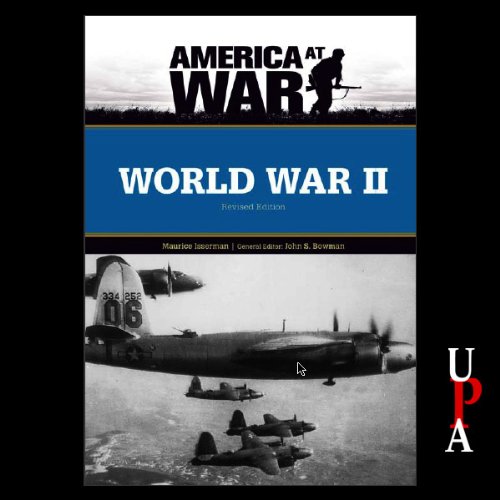 By: Maurice Isserman
Narrated by: Brett Barry
Try for $0.00

The world had not fully recovered from the horror of World War I or the anguish of its catastrophic aftermath, the Great Depression, before an even greater war commenced. The Third Reich of Adolf Hitler threatened to dominate all of Europe, and as the physicist Albert Einstein rushed to bring to the attention of President Franklin Roosevelt, the limitless destructive power of the atom was well within the reach of Nazi Germany.

This revised edition of World War II presents the complete story of America's war in Europe and the Pacific, from Pearl Harbor to the Normandy invasion to the Japanese surrender aboard the USS Missouri. The book is published by Chelsea House Publishers, a leading publisher of educational material.