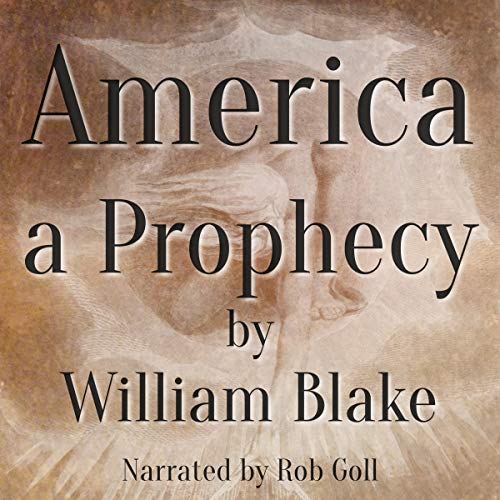 America a Prophecy (1793) is the first book in Blake’s Continental Prophecies - the other two being Europe a Prophecy (1794) and The Song of Los (1795). The poem was engraved on 18 plates with illustrations by Blake, and survives in 14 known copies.

Written during a time of great political and social upheaval, Blake uses his own complex invented mythology to explore the human need to resist tyranny. His verse is rich in metaphor, powerful, and apocalyptic in scope.

What listeners say about America a Prophecy