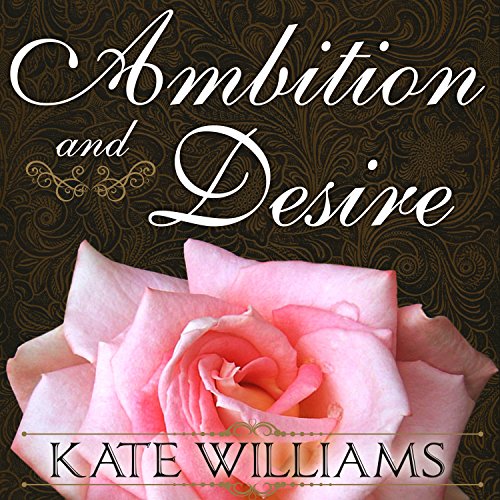 By: Kate Williams
Narrated by: Corrie James
Try for $0.00

Josephine de Beauharnais began as a kept woman of Paris and became the most powerful woman in France. She was no beauty; her teeth were rotten, and she was six years older than her husband, but one twitch of her skirt could bring running the man who terrorized Europe.

The tale of Napoleon and Josephine is one of the most famous love stories in the world. With Josephine, Napoleon became the greatest man in Europe, the Supreme Emperor. And yet, envisioning Josephine as the calm consort on the sofa obscures many of the most fascinating aspects of her story.

How did she rise to such an astonishing position? How did she perfect the art of the beautiful, sweet chameleon - and thus fool so many? France in the late 18th and early 19th century was a country in such extreme flux that everything was accessible - and possible - but it took an incredible woman to seize the opportunities. Ambition and Desire explains how the little girl from Martinique became the Queen of France.

"A sparkling account of this most fallible and endearing of women." ( Daily Mail)

What listeners say about Ambition and Desire

Picked this book because I just returned from a trip to France where I visited many of the places referred to in this book. Having toured Josephine’ s home and walked the gardens, they came to life. Our tour guide gave a more politically correct version of this time period, it was wonderful to hear the actual words of these historical figures.

I was so interested to start this book, but sadly it just sounds too textbook for me.

What did you love best about Ambition and Desire?

The fact that it introduced me to a world I knew little about, a world of people swept up in the great dramas of their time. The political and military side of this story is better known, but here we are given the human side of history, and it was absolutely fascinating.

Corrie James is one of the finest narrator's I have had the pleasure to listen to. She brought warmth, charm, drama, a sense of understanding the characters, and an absolutely delightful sly wit. I was very impressed and thoroughly enjoyed her work.

"Ambition and Desire" is everything you want in history. Deeply researched, this riveting account of one of the world's great love stories is a true page-turner. With great assurance and flair, the author guides you through Josephine's childhood on the island of Martinique, through the Terror and its aftermath, and the rise and fall of Napoleon. Josephine is a wonderful lens for viewing a different perspective on the French Revolution. As a victim of the Terror herself, she experienced some of its worst abuses and eventually survived to become one of Paris's great courtesans. And then, of course, was Napoleon. Highly recommended.

What disappointed you about Ambition and Desire?

I love historical novels, but this book is neither a history book nor a novel. It is a strange tracking of the characters surrounding Josephine and Napolian Bonaparte. It is a documentary without any sense of a novel.

Has Ambition and Desire turned you off from other books in this genre?

Would you be willing to try another one of Corrie James’s performances?

No. She is stilted and doesn't get into the emotions of the characters. All of her characters seem mad, angry or pathetic.