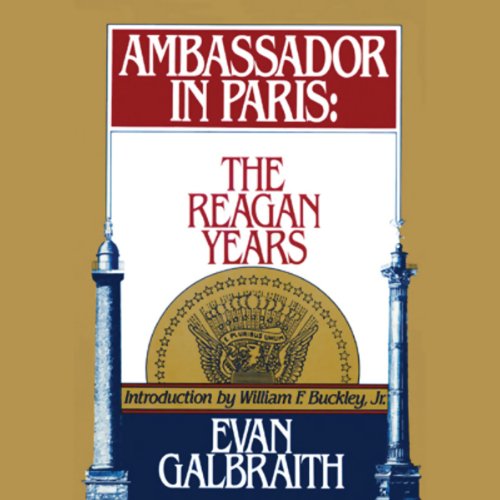 Evan Galbraith represented America in Paris for four years during the Reagan administration, and here paints a vivid picture of the life of an American ambassador in the grand and glamorous city.

Notwithstanding his popularity as a host (he opened up the U.S. embassy to more than 75,000 guests at over 500 events during his stay), Galbraith was often controversial. On one occasion, he refused to board a train with France's transportation minister, Charles Fiterman, because Fiterman was a Communist Party member. Galbraith was direct and forceful in his defense of such issues as the U.S. intervention in Grenada, American policy in Central America, and Western relations with the Soviets. His story is often amusing as he describes his involvement on talk shows, the embassy dinner parties, and meetings with the socialist government's leaders.

Not just one for the Gipper: explore our extensive list of titles about Ronald Reagan and the Reagan administration.
©1987 Evan Galbraith (P)1988 Classics on Tape

I would not recommend this book. It is extremely boring and hard to sit through.