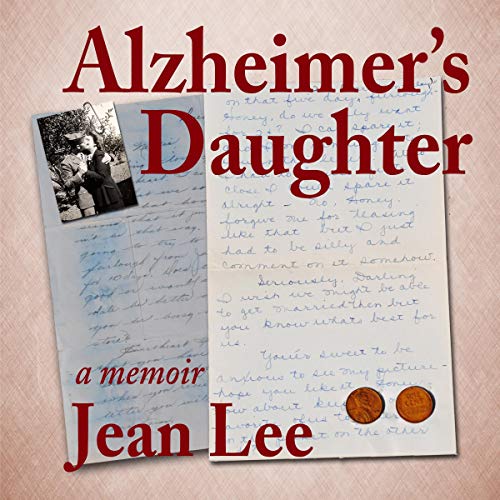 What would you do if both parents were diagnosed with Alzheimer’s?

At the time of their diagnosis, Ed Church struggles to his feet, yelling, “How dare you use the A word with me” while Ibby wags her finger at the doctor scolding, “Shame on you”.

They protect each other, Ibby by asserting, “We’re not leaving our home”, and Ed reassuring, “We’re just fine”. About his driving Ed defends, “I’m an excellent driver, I’ve never had an accident”. When their daughter, Rosie, finds dings in Ed’s car, he dismisses, “Someone must have bumped into me”. After Rosie moves them to assisted living, convinced they are on a second honeymoon, they break the news, “We’ve decided not to have more children”. In the late stages, they politely shake Rosie’s hand, inquiring, “Now, who are you?”

In Alzheimer’s Daughter listeners journey with Rosie Church from her first suspicions that something is awry to nearly a decade later as she is honored to hold Ed and Ibby’s hands when they draw their final breaths.

What listeners say about Alzheimer's Daughter

This was a very realistic tale of the horror of Alzheimer's. Well worth the read.

A wonderful patchwork of love, sadness and legacy

I could very much relate to the family in this book. The author's story stirred up so many emotions within me: joy, love, sadness, despair, understanding, anger. I absolutely loved the WWII history with their love letters. The descriptions of the house they grew up in were gorgeous. I could visualize what it looked like in my head, the smells, the warmth. It was heartbreaking that the kids had to "parent the parent", so to speak, who were making poor choices and living in an unsafe environment. I understand about parents who want to live on their own terms, just like my own mother, and who wouldn't take any assistance or ask for help. The author really captured how life with this disease is and how it robs people of yesterday and tomorrow, but not today. It's a reminder to take joy in whatever short moments you have together that give you togetherness and joy right now. I am now dealing with memory loss myself at 49 and know firsthand that it is a scary place to be. This was one of the few audible books I have listened to and I highly recommend listening to the story instead of reading it. It takes the story to another level!