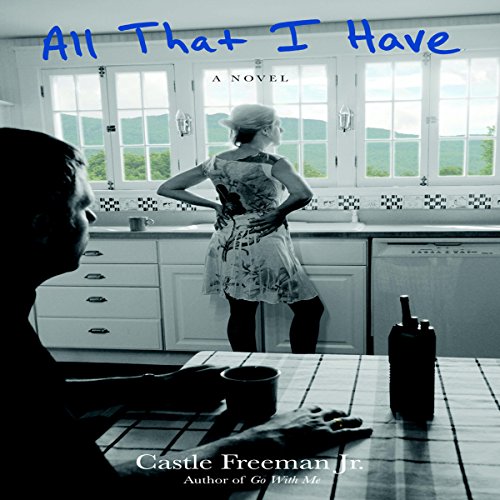 All That I Have

All That I Have

In this gripping, wise, and darkly funny tale of suspense, Sheriff Lucian Wing confronts a series of trials that test his work, his marriage, and the settled order of his life.

Wing is an experienced, practical man who enforces the law in his corner of Vermont with a steady hand and a generous tolerance. Things are not as they should be, however, in the sheriff's small, protected domain. The outside world draws near, and threats multiply: the arrival in the district of a band of exotic, major league criminals; an ambitious and aggressive deputy; the self-destructive exploits of a local bad boy; Wing's discovery of a domestic crisis. The sheriff's response to these diverse challenges calls on all the personal resources he has cultivated during his working life, including patience, tact, and (especially) humor.

"Sheriff Lucian Wing, the narrator of Freeman's wonderfully wry fourth novel, is a laconic, old-fashioned lawman who discovers an outpost of nefarious Russians in his sleepy Vermont county. Wing's Fargo-esque delivery is hysterical, but what makes this spare tale a standout is Freeman's keen ear for dialogue and his affection for the quietly complex characters of small-town life." ( People)
"Freeman sets an intertwined network of provincial egos on a collision course and pulls it off through the wonderfully satisfying point of view of his deadpan sheriff." ( Publishers Weekly)