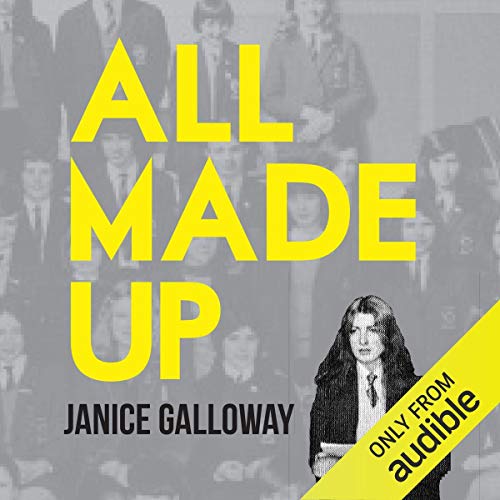 In the second volume of her memoirs, prize-winning author Janice Galloway reveals how the child introduced in This is Not About Me evolved through her teenage years. When she started secondary school, Galloway was still sharing a bed with her mother and was more excited by Latin and school orchestra than by boys. But as she struggled with the physical and emotional changes of adolescence, almost everything she thought she knew began to change. Combining visceral descriptions of puberty, sex and school-room politics with the story of a family's secrets, Galloway casts her gaze on the morals and ambitions of one small town, in writing that is personal, defiant and eloquent.

Janice Galloway is the author of five critically celebrated works of fiction and two memoirs. Her first novel, The Trick is to Keep Breathing, is now widely regarded as a Scottish contemporary classic, with a stage adaptation performed in Glasgow, Toronto and London; while her second book, Blood, was a New York Times Notable Book of the Year. In August 2012 All Made Up, the sequel to This is Not About Me, won Scottish Book of the Year award at Edinburgh Festival.

“All Made Up is an excellent sequel; its verbal playfulness, folksiness and wry, hard-won humour are an antidote to the neurosis and cynicism that can often characterise autobiographical writing by the authors of fiction” (Independent on Sunday)
“Warm, vivid, true” (The Times)
“Galloway remains a brilliant writer, capturing mood and character, time and place, with seeming effortlessness” (Guardian)

What listeners say about All Made Up

One of the best audi books I have enjoyed. Has everything. Drama, pathos and so much of what the author writes and says is downright funny and sad at the same time. Incredible books. Rrcommend highly.love by use no at by