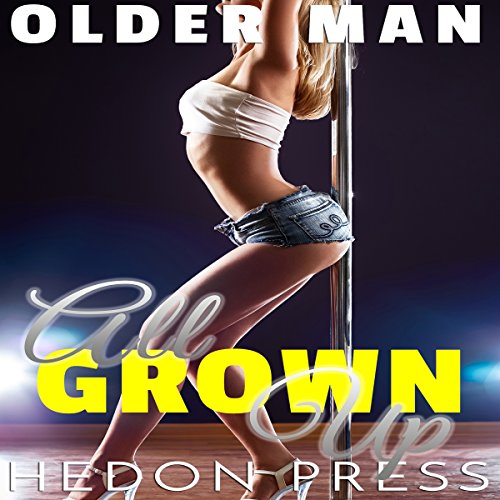 All Grown Up: Young Woman Next Door

He just didn't expect to see her in a strip club of all places, but he can't deny as he watches her straddle that metal pole, body exposed, illuminated by pulsating neon lights that he sees her in a whole new light.

They reconnect with a lap dance, and she leaves her shift early so he can take her home. She invites him in for a little smoke and to really get to know one another again. He can't say no to a pretty face, so he promises himself to stay just for a little bit, even though something hard is raging in his pants, and he can't shake the thought of her on that pole. He's trying hard to control his impulses, but some urges just can't be denied.

What listeners say about All Grown Up: Young Woman Next Door