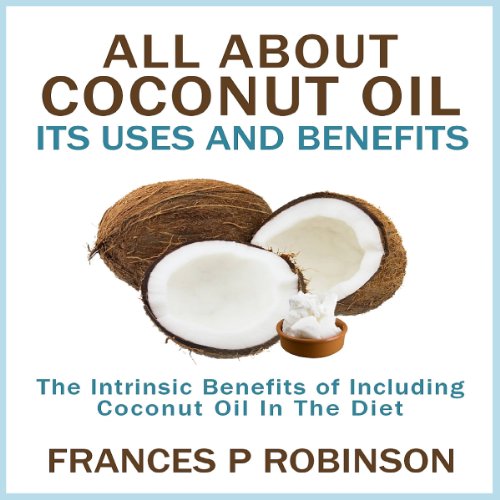 All About Coconut Oil: Its Uses and Benefits

All About Coconut Oil: Its Uses and Benefits

All About Coconut Oil: Its Uses And Benefits explains many of the benefits of using coconut oil for various things ranging from cooking to skin care. It seemed everywhere the author turned she heard people talking about using Coconut Oil. A co-worker at work drinks it in her coffee. Her boss spreads it on her toast with cinnamon for breakfast. A customer claims it has helped her husband with Alzheimer's improve. Then she was watching a segment on the 700 club where they interview a man with problems who amazingly demonstrated how he improved from Parkinson symptoms in only 2 weeks by using coconut oil.

Being an avid researcher she relentlessly studied the subject. Although she found minimal scientific proof of benefits she concluded that thousands across the country using it and claiming benefits couldn't all be wrong. It's a subject that needed more exposure and she decided to write this book with that intent.

While there seems to be many benefits caution was purposely taken to warn of potentially dangerous allergic reactions that could affect a very small percentage of those who use it.

-The History of Coconut Oil

-Can You Take Too Much?

-Dealing With Allergies to Coconut Oil

-Other Facts and Tips about Coconut Oil

The subject is well timed as we are in a period where more and more people are seeking natural ways to better health and well-being. Coconut oil is not new as it has been around for centuries its just that it is not being used to its full potential. All About Coconut Oil: Its Uses And Benefits will help you discover that potential.