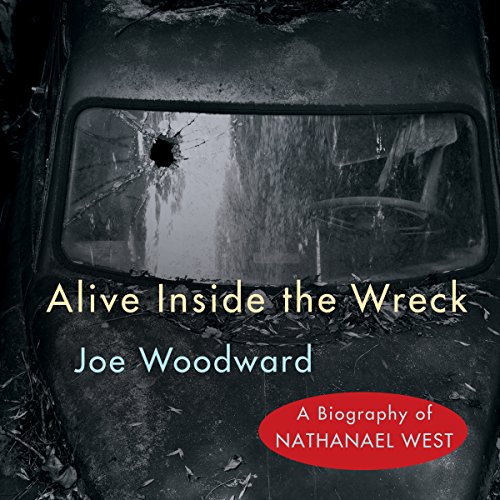 Alive Inside the Wreck

By: Joe Woodward
Narrated by: Patrick Baur
Try for $0.00

From his name to his college transcript to his literary style, Nathanael West was self-invented. Born Nathan Weinstein, the author of the classics Miss Lonelyhearts (1933) and The Day of the Locust (1939) was an uncompromising artist obsessed with writing the perfect novel. He pursued his passion from New York to California, flirting dangerously with the bleak, faux-glamour of Hollywood as the country suffered through the grim realities of the Great Depression. At the center of a circle of vigorous young literary writers that included Malcolm Cowley, William Carlos Williams, F. Scott Fitzgerald, S. J. Perelman, and Dashiell Hammett, West rose to become one of the most original literary talents of the 20th century - an accomplished yet regrettably underappreciated master of the short lyric novel.

West was finally starting to enjoy financial stability as a Hollywood screenwriter when he died in the California desert. A notoriously bad driver, he was racing back from a vacation in Mexico with his young bride of eight months when he crashed at full speed into another car. He was dead at the age of 37.

For this book, the first biography on West alone in over 40 years, Joe Woodward combed the archives at The Huntington Library and the John Hay Library at Brown University. At both he had access to personal letters, photographs, unpublished manuscripts and corrected typescripts as well as seldom-heard taped interviews with S. J. Perelman, Dalton Trumbo, Matthew Josephson, and others.

What listeners say about Alive Inside the Wreck

Sometimes the reader, totally unfamiliar with the subject matter, mispronounces proper names, sometimes his reading is as flat as an automaton, occasionally he substitutes his own word for the printed text. Why wasn't this edited or produced? The text is a bare-boned outline of a biography. Mediocre.