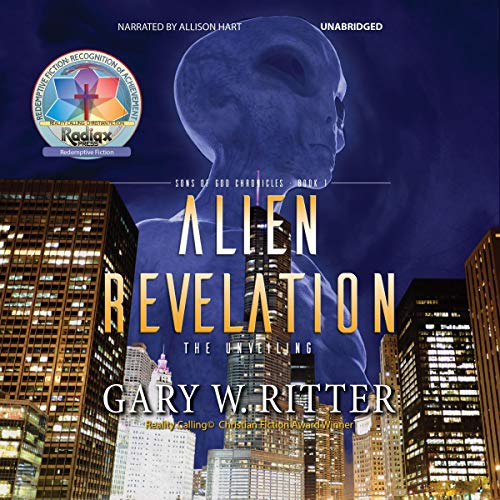 When Kari Shelton experiences an alien abduction, her life turns upside down. Aliens have ruled the Earth since World War II, but Kari's encounter changes everything she's believed.

No longer is she ambivalent about the Watchers' religion. She becomes a fervent worshiper of the Nine Mighty Ones, the greatest of these aliens, who are helping mankind, restoring the harmony of the Earth from the distortions caused by malcontents, and enabling humans to evolve into gods like the Watchers.

Kari's beliefs are challenged when a close friend questions the intent of the aliens and how benevolent they truly are toward humanity. Against her better judgment, she engages in pursuit of an object that puts her at odds with the Watchers. Chased by Nephilim, their giant hybrid offspring, Kari must make a final decision as to where her loyalties lie. Behind this quest is the secret of the Watchers.

Making the wrong choice will cost Kari her life.

What listeners say about Alien Revelation: The Unveiling