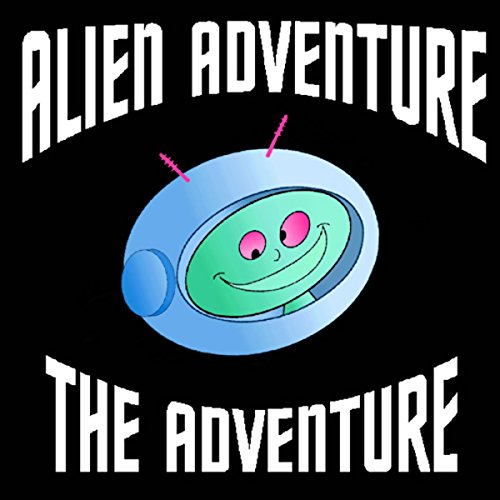 Hang on to your asteroids! You're not coming out the same way you came in. Alien Adventure: The Adventure is a full-cast dramatization of a fresh, quirky, and irreverent interstellar farce in which nothing is sacred.

Come join Captain Duda Duda and her misfit crew, including Lexis, the android; Hazy, the navigator; Mentose, the sex psychic; Computer, the laconic; and Pez, the dubious, as they encounter the most ferocious species in the Galaxy: the Zogs.

In the far-flung future, the screwball crew of the Arugula Class starship Avanti mistakenly program a young ensign's escape pod to fly into a black hole. Enter the ensign's vengeful uncle, the Grand Poobah of the Federation, who makes the crew an offer they can't refuse. Take one woebegone starship, fill it with the worst bunch of diplomats in the known universe, send them on a mission to sign a peace treaty with an alien species that would rather fight than switch, and shake liberally with irreverent word play that parodies all known sensibilities, and you have an action-adventure comedy of galactic proportions.

This edition contains 72 minutes of hilarity not heard anywhere else in the multiverse. May the farce be with you!

What listeners say about Alien Adventure

off the wall funny

This is like "Epic Movie" on fast forward! The characters have personality and are very funny, each in their own way. Definitely something for everyone. Captain Duda tickles me every time she says "I can do that." And Hazy's "Stella!" caught me off guard and made me break out laughing. I recommend this to anyone who needs a good laugh. You can start and stop this and pick right up with the story and keep laughing. Excellent production value.