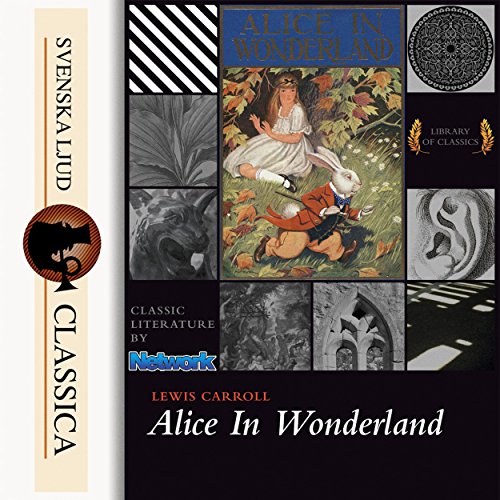 "Alice's Adventures in Wonderland" (commonly shortened to "Alice in Wonderland") is an 1865 novel written by English author Charles Lutwidge Dodgson under the pseudonym Lewis Carroll. It tells the story of a girl named Alice who falls down a rabbit hole into a fantasy world populated by peculiar and anthropomorphic creatures.

The tale is filled with allusions to Dodgson's friends. The tale plays with logic in ways that have given the story lasting popularity with adults as well as children. It is considered to be one of the best examples of the "literary nonsense" genre, and its narrative course and structure have been enormously influential, especially in the fantasy genre.
©2017 SAGA Egmont (P)2017 SAGA Egmont

What listeners say about Alice's Adventures in Wonderland

I never paid attention to Alice’s Adventures in Wonderland (or the Disney adaption) as a child outside of the many pop culture references. I was hoping for a whimsical story to go along with the strange world Lewis Carroll created, but the book suffered from being written in a time where sentences were wordier and stiffer in tone.

While the sentence structure is off-putting paired with the world of Wonderland, it might have been fine with a different narrator. Peter Yearsely has a very calming, monotonous voice that is more likely to lull you to sleep than keep you interested; especially in parts that feel like they drag on forever (ie: the mock turtle). This would be a good narration to put on for a kid during bedtime, but an adult who just wants to listen to audiobooks might find it boring.