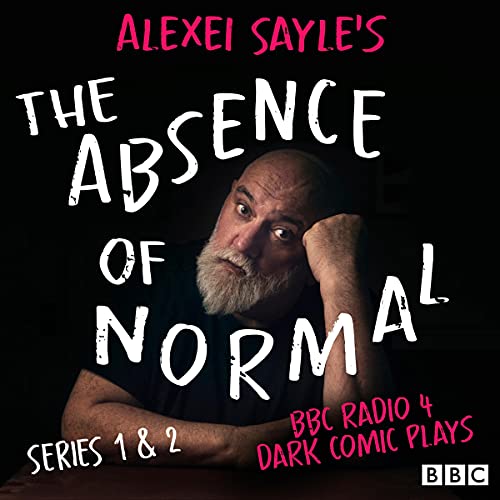 Alexei Sayle’s: The Absence of Normal, Series 1 and 2

Dramatised from Alexei Sayle's hilarious, highly acclaimed fiction, these satirical, surreal and surprising tales feature some of the UK's foremost comic actors, and are introduced by the award-winning comedian himself.

The Only Man Stalin Was Afraid Of - Summoned to treat his old friend, Stalin's psychiatrist is faced with an ethical dilemma. Starring Peter Capaldi, Freya Parker and Peter Serafinowicz.

The Last Woman Killed in the War - Returning to Liverpool after 40 years of exile, Mary finds that much has changed during her absence. Starring Adi Alfa, Katy Carmichael, Shaun Mason, Jan Ravens and Paislie Reid.

The Nameless Park - Jade loves the neglected park near her house, and often takes her wheelchair-user brother for trips around its paths. But when Jason becomes critically ill, she makes a devastating discovery. Starring Louis Emerick, George Fouracres, Shaun Mason, Alice McMillan and Claire Sweeney.

Locked Out - Unexpectedly stuck outside her Central London home, Katherine realises how little she knows about her neighbours' lives, and the strange and apparently sinister things they get up to.... Starring Maxine Peake.

Written and narrated by Alexei Sayle

Adapted for radio by Alexei Sayle and Graham Duff

What listeners say about Alexei Sayle’s: The Absence of Normal, Series 1 and 2