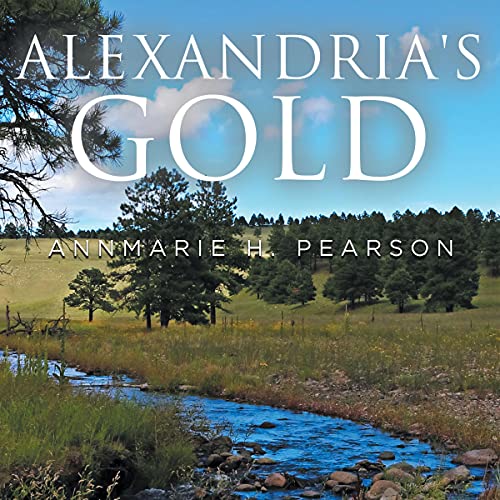 By: Annmarie H. Pearson
Narrated by: Alyssa Boaldin
Try for $0.00

Alexandria Tillie Bush, a 21-year-old college student, went home to visit her parents in Glenwood, New Mexico, on her summer break. During her visit, her grandfather, Len Hudson, once a prospector for gold in the Mogollon Mountains, bequeathed an adventure for Alex to find his buried treasure in the rugged Gila Wilderness. What Len Hudson didn’t realize when he asked his granddaughter to venture into the wilderness was that her life, and everyone who accompanied her, would end up in a dangerous and deadly quest.

Alex asked three of her sorority sisters, along with their boyfriends, to accompany her on retrieving her grandfather’s buried gold. Someone was sabotaging her entourage as they traveled on horseback with pack mules into the rocky mountains. Alex’s boyfriend was in a coma from an unusual accident. One of her sorority sisters broke her left leg in a sinister incident, and two of her friends were horrendously mutilated as they tried to help Alex redeem her grandfather’s hidden buried treasure.

Who followed Alexandria and her consortium into the Gila Wilderness? And why was he tormenting them? How would they return to the Bush equestrian ranch while on horseback and dragging a travois carrying a coma patient?

What listeners say about Alexandria's Gold