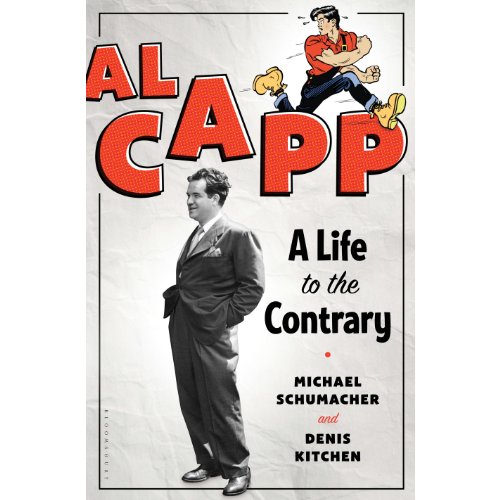 By: Michael Schumacher,Denis Kitchen
Narrated by: Mike Ortego
Try for $0.00

More than 30 years have passed since Al Capp's death, and he may no longer be a household name. But at the height of his career, his groundbreaking comic strip, Li'l Abner, reached 90 million readers. The strip ran for 43 years, spawned two movies and a Broadway musical, and originated such expressions as "hogwash" and "double-whammy." Capp himself was a familiar personality on TV and radio; as a satirist, he was frequently compared to Mark Twain. Though Li'l Abner brought millions joy, the man behind the strip was a complicated and often unpleasant person. A childhood accident cost him a leg leading him to art as a means of distinguishing himself. His apprenticeship with Ham Fisher, creator of Joe Palooka, started a 20 year feud that ended in Fisher's suicide.

Capp enjoyed outsized publicity for a cartoonist, but his status abetted sexual misconduct and protected him from the severest repercussions. Late in life, his politics became extremely conservative; he counted Richard Nixon as a friend, and his gift for satire was redirected at targets like John Lennon, Joan Baez, and anti-war protesters on campuses across the country. With unprecedented access to Capp's archives and a wealth of new material, Michael Schumacher and Denis Kitchen have produced a probing biography. Capp's story is one of incredible highs and lows, of popularity and villainy, of success and failure - told here with authority and heart.

What listeners say about Al Capp

Very interesting. Needs to be a movie.

What us the connection between artistic genius and malignant narcissism? We may never know, but it makes for fora fascinating bio of cartoonist AL Capp.