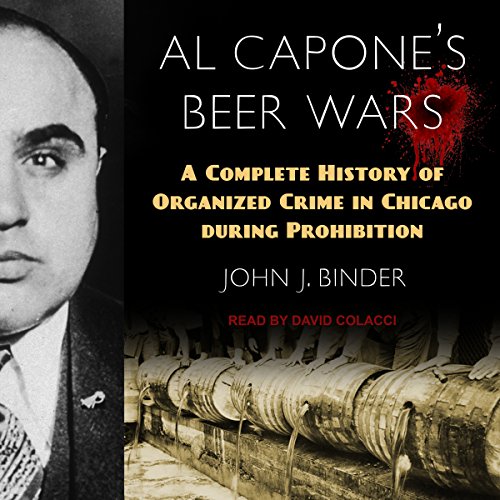 Although much has been written about Al Capone, there has not been-until now-a complete history of organized crime in Chicago during Prohibition. This exhaustively researched book covers the entire period from 1920 to 1933. Author John J. Binder, a recognized authority on the history of organized crime in Chicago, discusses all the important bootlegging gangs in the city and the suburbs and also examines the other major rackets, such as prostitution, gambling, labor and business racketeering, and narcotics.

A major focus is how the Capone gang-one of 12 major bootlegging mobs in Chicago at the start of Prohibition-gained a virtual monopoly over organized crime in northern Illinois and beyond. Binder also describes the fight by federal and local authorities, as well as citizens' groups, against organized crime. In the process, he refutes numerous myths and misconceptions related to the Capone gang, other criminal groups, the St. Valentine's Day Massacre, and gangland killings.

What emerges is a big picture of how Chicago's underworld evolved during this period. This broad perspective goes well beyond Capone and specific acts of violence and brings to light what was happening elsewhere in Chicagoland and after Capone went to jail.

“This is a truly comprehensive history of crime in Chicago during Prohibition that will appeal to true-crime readerships and that will make an excellent addition to library collections for its coverage of an era." ( Foreword Reviews)

Great history of Chicago during prohibition!

Great history and too many names to keep up with, but entertaining enough that I am going to listen again.

It was hard keeping track of all the names of the mob guys. I kind of felt like I should have been writing down the numbers in case I was tested later on them. I liked the book because I am from Illinois and it helped me understand why the state is the way it is when it comes to corruption.

This is a exhaustively researched work that offers a professor approach to organized crime in Chicago in the Prohibition era. It is not focused on the sensationalized headlines but rather the emergence, growth, and development of organized crime in its formative years. The narration was excellent, too.

Everything I ever wanted to know about Chicago!

Awesome book if you enjoy history and prohibition area. If so, I recommend it and it is worth the time

John binder doesn't disappoint with this extremely well researched work of art!! he literally starts from before prohibition to bootleggers and the different gangs.

Chronologically all over the place