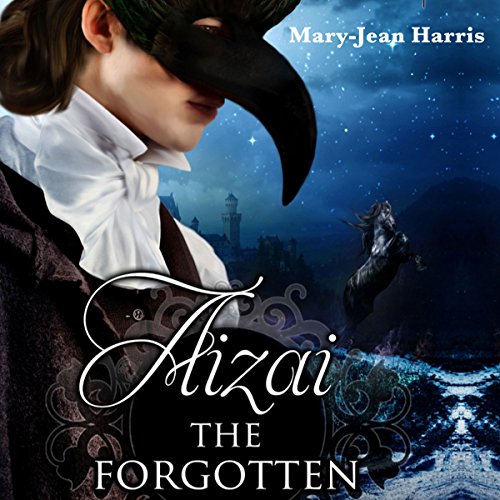 Seventeen-year old Wolfdon dreams of travelling to Aizai, a forgotten realm connected to our world by invisible sol-lines. He begins his search as a word-warrior in his hometown in France in the late 17th century, hunting for rare books that mention Aizai. One obscure book, by the philosopher Paulo de la Costa Santamiguero, has given him a lead to start his journey: to go to the northern coast of Spain where a portal to Aizai supposedly exists.

With a noble horse he borrows from an astrologer and armed with a strange magical device, Wolfdon travels to a place that surpasses even his vivid imagination, with walking statues, animals with glowing gems of power, beautiful towers and misty valleys, and Aizians whose magic is innate to their souls. He meets many peculiar persons, from the cryptic Philosophers of the Eastern Empyrean to beautiful Aizians and dark magicians.

Though death and danger loom ever near, nothing can dim the brightness of Aizai kindling within Wolfdon's heart. Yet as he strives to discover Aizai's secrets and fate, a frightening truth becomes clear, and may cost Wolfdon everything, including the future.

Very good story. Great descriptions. Very good works building. The characters have depth and are relatable. The narrator and production quality were excellent.

what a great book

This audio book was a really great listen the story line just flowed and the narrator was terrific. I just loved his voice. This is a great fantasy book with time travel, other worlds, and the strength to follow your dreams.

This book was like Harry Potter meets Indiana Jones. The description of details is amazing. this is one of those times you want to see a movie just to see it for real. I would. Austin's voice was amazing as a narrator. Definetly recommend this for YA and older.

the voice acting was very good and the writing was done very well. I was not anticipating the twist to aizai. however there was an overwhelming about of detail for every little thing. I would zone out while things were being discribed to the point I would miss things in the story cause I didn't realize the description was over.

I received this audio book free for an honest review

A 17 year old boy goes and travel the world as part as his dreams to come true . He learns different things while on his travels

Not a dull moment in this book. Lots of interesting scenes. Even the descriptions about reading and books kept me in suspense. Great descriptions!

Really good book to have. Couldn't stop listening untill the end. The narrator had me hooked in the first 15 minutes. Would recommend to all my ww friends.

For whatever reason, I’ve never been a fan fantasy inspired stories. While I love seeing how a person can create magical places, characters, and ideas using their imagination, I’ve always had a hard time “getting into” the story itself. On that note, I was hesitant about asking for a copy of this story. I found the first hour or two to be somewhat slow going, in my opinion, because there wasn’t much dialogue between the characters. I’m glad I stuck with it though; this was a very unique tale and I’m glad I got a chance to hear it.

The narrator, whom I’ve never listened to, was different. I’ve listened to plenty of narrators that do accents. Sometimes the accent adds to the story/character, sometimes it detracts from the story. In this case, I think his accent helped give the characters a little something extra.

I’d recommend this story to others and will be on the lookout for book 2.

A 17 year old's adventure to Aizai

Wolfdon Pellegrin whose love for reading became infatuated with Aizai was it real or not and if so he so wanted to go there and discover it for himself. He got his wish and this novel takes you there with him. It's full of adventure and intrigue as Wolfdon discover his part in making Aizai a reality. Wonderful story and the narrator did a great job in bring to life each character.

An enjoyable listen. Well written and well narrated, although the narrator has a tendency to speak too fast! Some of the ideas presented need and deserve pondering but the narration is so fast I needed to stop and decrease the speed for awhile so I could absorb the material being presented. I hope the narrator heeds the advice to slow down, as then his narration would be perfect! I look forward to listening to the next book. I received this book free of charge in exchange for an honest review.