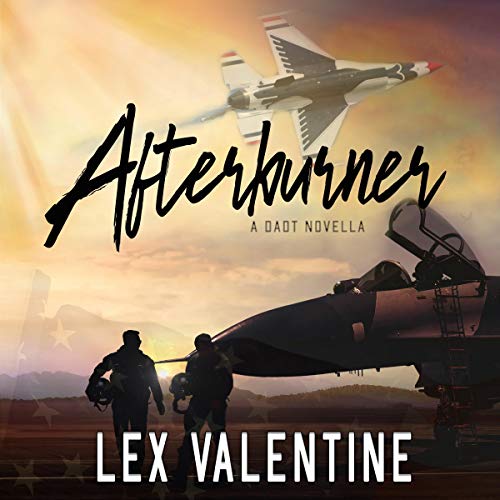 By: Lex Valentine
Narrated by: Chris Chambers
Try for $0.00

Sebastian Marchetti has spent his life doing two things: hiding his sexuality and flying. After leaving the USAF, Bas meets active-duty pilot Ryder Beckett. Bas loves Ryder enough to be his dirty little secret. But Ryder loves his man so much that he'll risk court-martial to be with Bas.

This story is part of the print anthology Don't Ask, Don't Tell.

What listeners say about Afterburner