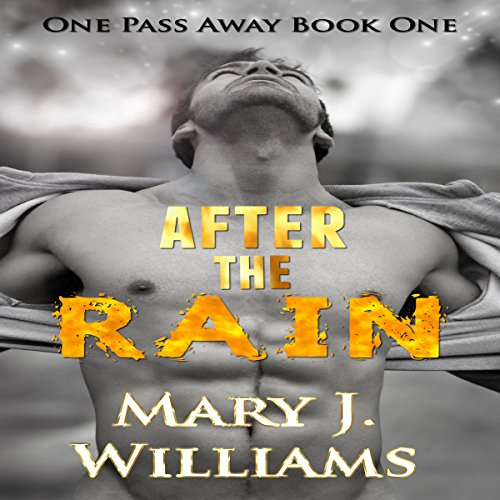 Welcome to the NFL. The Seattle Knights have the hottest players in the game. On and off the field. Logan Price is getting a second chance. Claire Thornton is going to make sure it counts. Logan Price was living his dream. After years of hard work he finally made it. Starting running back for the Knights. After only a few games, he was a fan favorite. There were whispers of a rookie of the year award. It all ended with a devastating injury to his leg that sent him back to Oklahoma. A failed attempt at a comeback sent him into a deep depression. His life became about two things. Working at his father's bar, and running. One filled his days. The other made getting through the endless nights a little easier. When an old friend offers Logan a lifeline, he's reluctant to grab hold. He could live without football - barely. But he didn't think he could survive getting his hopes up only to lose it all again. Claire Thornton's dreams are just as big as Logan's. She left the small town where she was born to make something of herself. It hasn't been easy. A woman with no money and no connections. Everything she has, she's earned. Helping Logan Price make it back to the NFL will prove to her detractors that she can be a trainer. She is determined to make it in a male-dominated world. The attraction is instantaneous. The reasons not to get involved too numerous to list. It only takes one kiss - one touch - for them to realize it they want their dreams to come true they need more than luck. They need each other.

What listeners say about After the Rain

I love football so much and learning about what happened to Logan was really crushing. He’s not
a quitter though! Good audio!

Their individual lives were both harsh and brutal with difficulties but Logan and Claire loved each other with their honesty. Nice one!

This is not your cheesy type of romantic story but rather romantic and realistic. These stuff can
really happen in real life. I can’t stop listening to the story.

I was entertained with the characters and especially the story. It was engaging for me! Great
work! This is really art!

I thought it was boring at first but then upon listening more I realized that Logan and Claire’s
characters are just like ordinary people’s lives with so much struggle yet still has thee time to
love.

This is really worth it. I enjoyed listening to the audio about Logan and Claire’s struggle. I think I
was immersed with Claire’s character. I love this!

If you like mechanical sounding people, listen to this book. The story, however, is quite interesting.

Just a quick note...This is one of those books that I think I would have enjoyed more if I'd simply read it, rather than listen to it on audio. Some books don't seem to translate well to audio. I think, for me, that was the issue with this book.

I got this for review, and I have to say that the story was nearly ruined by the narrator. She clearly smokes; beyond that her phrasing was completely off. Is she a friend of the author? Because if she auditioned for the book and the author/publisher chose her, the author is doing herself no favors offering this on audio.

I switched to the ebook because I liked the story - but the narration was deplorable.