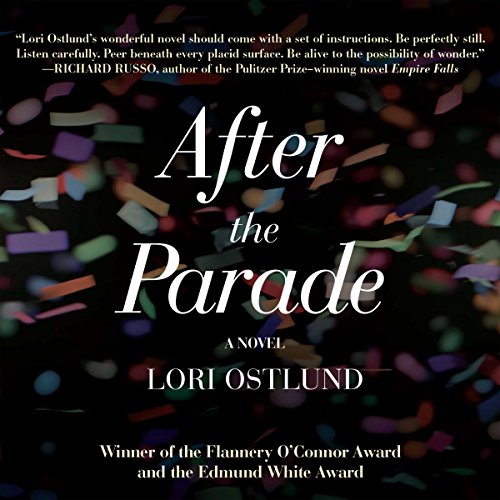 Sensitive, big-hearted, and achingly self-conscious, 40-year-old Aaron Englund long ago escaped the confines of his Midwestern hometown, but he still feels like an outcast. After 20 years under the Pygmalion-like direction of his older partner, Walter, Aaron at last decides it is time to stop letting life happen to him and to take control of his own fate.

But soon after establishing himself in San Francisco - where he alternates between a shoddy garage apartment and the absurdly ramshackle ESL school where he teaches - Aaron sees that real freedom will not come until he has made peace with his memories of Morton, Minnesota: a cramped town whose 400 souls form a constellation of Aaron's childhood heartbreaks and hopes.

After Aaron's father died in the town parade, it was the larger-than life misfits of his childhood - a sardonic, wheelchair bound dwarf named Clarence; a generous, obese baker named Bernice; a kindly aunt preoccupied with dreams of The Rapture - who helped Aaron find his place in a provincial world hostile to difference. But Aaron's sense of rejection runs deep: When Aaron was 17, Dolores - Aaron's loving yet selfish and enigmatic mother - vanished one night with the town pastor. Aaron hasn't heard from Dolores in more than 20 years, but when a shambolic PI named Bill offers a key to closure, Aaron must confront his own role in his troubled past and rethink his place in a world of unpredictable, life-changing forces.

Lori Ostlund's debut novel is an openhearted contemplation of how we grow up and move on, how we can turn our deepest wounds into our greatest strengths. Written with homespun charm and unceasing vitality, After the Parade is a glorious new anthem for the outsider.

©2015 Original Material © 2015 by Lori Ostlund, recorded by arrangement with Scribner, a division of Simon and Schuster, Inc. (P)2015 HighBridge, a division of Recorded Books

"Lori Ostlund's wonderful novel After the Parade should come with a set of instructions: Be perfectly still. Listen carefully. Peer beneath every placid surface. Be alive to the possibility of wonder." (Richard Russo, author of Empire Falls and Bridge of Sighs
"As full-bodied and full-blooded a novel as I've read in a long time. The prose sparkles, and the author is so smart and so kind to her characters: a rare combination and so refreshing to read." (Daniel Wallace, author of Big Fish and The Kings and Queens of Roam)