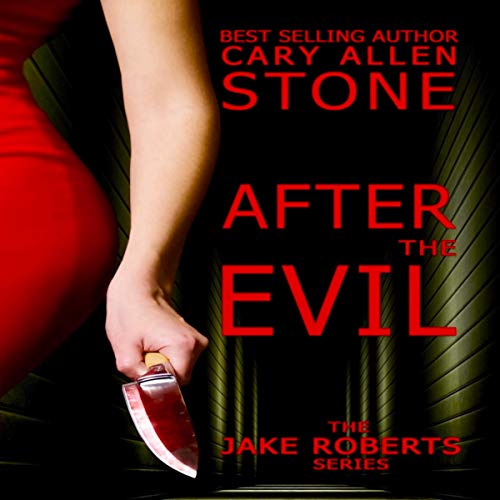 Detective Jake Roberts and FBI profiler Mika Scott are in hot pursuit of the "Who's Your Daddy" serial killer, who preys on dominating and controlling men. During the investigation, Jake falls in love with flight attendant Lori Powers. Lori can't silence the voices and her daughter Emily cries out from the grave. Pandemonium breaks out when Jake realizes Lori is the killer.

This book was interesting and mysterious. I will read more from this author in the coming months.

I can't even finish the book. The narrator is terrible and monotone. He doesn't even pause between characters or change the tone of voice. It's too hard to understand what's going on.

Worse recording I have ever heard!

The story line might have been great but I wouldn't know the recoding was awful! There could not have been editing due to the many phrases being repeated back to back. This book was unabridged but sounded abridge. I should receive my credit back b/c this is unacceptable.

What did you love best about After the Evil?

The storyline in itself was compelling and more than I could have guessed when I began listening.

The story as a whole kept me engaged throughout the entirety of the listen it kept me always wanting more and to know what happens next.

The consistency or rythm of his voice and I could get into the story more than I thought I would be able to just by listening as apposed to reading a book.

Oh wow I'm not sure I could even come up with something like that isn't this a job for a more qualified person?

I'm new to the audiobooks world so I'm still trying to find my way but this author wrote a great read and it was given to a man who brought it to life so we could have a way to continue our love of reading even as we're on the go or in a place where it would be hard to enjoy it. I just hope you give this author and book a chance to get into your hands and into your ears I'm positive you won't regret it.

Shades of gray between good and evil

What did you love best about After the Evil?

I loved the writing. The gift of this author is more than the ability paint violence so vividly that you find yourself drawn into the crime scene, but rather to get inside both the ‘good’ and the bad characters and living in their skin, as uncomfortable as that might be. It is an experience.

The story is built with a quick succession of scenes, leading up to the crimes or witnessing the aftermath of them. I can almost hear the director of the movie calling ‘Cut!’ at each transition. Interestingly, the beginning of a scene will describe a character without immediately naming him, so things clarify only after a few sentences. This makes the ‘cut’ intriguing in the following way: you may think its still the previous character—say, the killer—but actually now, it may be the investigator that stands before you. Both of them are flawed human being, you might even say damaged. Instead of presenting things in stark ‘good and evil’ contrasts, we are faced with shades of gray. The ‘good’ guys have painful histories and are struggling to survive their own agony, and the same can be said about the bad guys, which for me begs the question: what is it that causes the distinction between the two? I am still working the answer in my mind, so for me it was a thought-provoking story.

What does Steve O'Brien bring to the story that you wouldn’t experience if you just read the book?

I enjoyed Steve O'Brien's voice and interpretation, but found myself needing more variation in the timbre of his voice during dialogues.