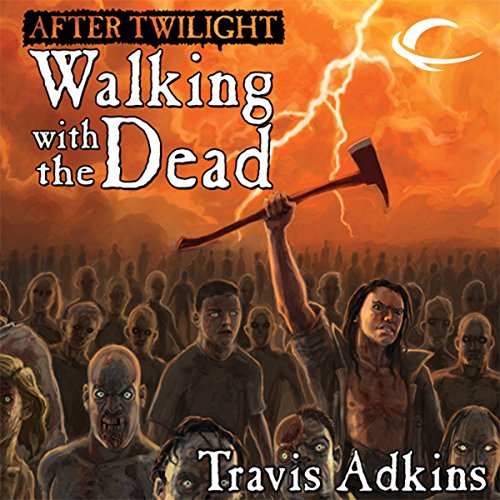 After Twilight: Walking with the Dead

After Twilight: Walking with the Dead

At the start of the apocalypse, a small resort town on the coast of Rhode Island fortified itself to withstand the millions of flesh-eating zombies conquering the world. With its high walls and self-contained power plant, Eastpointe was a safe haven for the lucky few who managed to arrive. Trained specifically to outmaneuver the undead, Black Berets performed scavenging missions in outlying towns in order to stock Eastpointe with materials vital for long-term survival.

But the town leaders took the Black Berets for granted, on a whim sending them out into the cannibalistic wilderness. Most did not survive. Now the most cunning, most brutal, most efficient Black Beret will return to Eastpointe after narrowly surviving the doomed mission and unleash his anger upon the town in one bloody night of retribution. After twilight, when the morning comes and the sun rises, will anyone be left alive?

One of the better zombie audio books availabe

Did not feel like a Romero rip off. The author took the time to develop the antagonists to the point that you were rooting for the zombies to rip their throats out. Though frustrating, the vehemence in which characters tried to cling to normality in a post apocalyptic world seems realistically applicable.

The Author did a great job to pick up from where he left on the first book. The story unfolded nicely, and before I knew it the book was over. Great job!

Audible, you need to do a better job telling us when a book is a sequel, series etc. I didn't realize that Twilight of the Dead was the first book in this series prior to listening to After Twilight. That being said, this book was reasonably entertaining but somewhat fragmented and unfocused with lots of loose ends thrown around. What's up with the "Mad Scientist... I mean mad Mathematician"? I've listened to a lot of zombie and survival books, and this was was somewhat ordinary. If this book is at the bottom of your wish list then go ahead and read it otherwise hit the other books in your list first.

Ive read just about every zombie book there is to read. From Plague of the Dead, to World War Z.

The fact is i could have written this book, in 9th grade. It was extremely juvenile. The characters were written by someone who understands nothing about human nature or the complexities of emotion. The characters were shallow and dull, the plot pretty much non existent. Clearly this guy is writing a book so that he can start a series of awful books. I wish I had not fallen victim to my love of the zombie genre. Please, if you love the zombies of Romero or brooks, please do not purchase this book. You will regret it.

I'm no stranger to bad zombie stories, but this one was thoroughly disappointing. A couple of the action scenes were ok, but the plot jumps randomly, the antagonist seems to act with no apparent motivations, the sex scenes were unnecessary and creepy, and there isn’t a single likable character.

As the next chapter in the story I enjoyed the book. It continued right where book 1 left off and kept going.

While the focus was on some different people this time I thought it was just as enjoyable as the first. I found that I flied through the book as there were really no dead spots.

While I enjoyed the story I did drop a star because I felt there was a lot of unresolved or poorly handled personal baggage at the end of the story. Basic plot being left open for another book is fine. But some of the decisions made and the reasons they are made don't make a lot of sense.

Still I would recommend it to anyone who liked the first book.