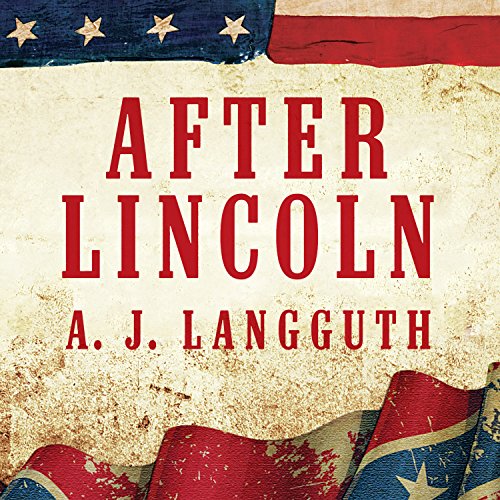 With Abraham Lincoln's assassination, his "team of rivals" was left adrift. President Andrew Johnson, a former slave owner from Tennessee, was challenged by Northern Congressmen, Radical Republicans led by Thaddeus Stephens and Charles Sumner, who wanted to punish the defeated South. When Johnson's policies placated the rebels at the expense of the freed black men, radicals in the House impeached him for trying to fire Secretary of War Edwin Stanton. Johnson was saved from removal by one vote in the Senate trial, presided over by Salmon Chase. Even William Seward, Lincoln's closest ally in his cabinet, seemed to waver.

By the 1868 election, united Republicans nominated Ulysses Grant, Lincoln's winning Union general. His attempts to reconcile Southerners with the Union and to quash the rising Ku Klux Klan were undercut by postwar greed and corruption during his two terms. Reconstruction died unofficially in 1887 when Republican Rutherford Hayes joined with the Democrats in a deal that removed the last federal troops from South Carolina and Louisiana. In 1964, President Lyndon Johnson signed a bill with protections first proposed in 1872 by Charles Sumner, the Radical senator from Massachusetts.

"Langguth takes a warts-and-all approach in profiling the major figures of the Reconstruction." (Publishers Weekly)

What listeners say about After Lincoln

There isn't much in terms of books about reconstruction on Audible and I was hoping that this might help fill that void, but this book is not that. The book mainly focuses on brief generic bios of people involved with government during and after the Civil War. If you've read a decent amount of Civil War history there is nothing to be learned here - but if you're a beginner that wants a simple overview of the war and the years after this, this will perhaps work but it will also be extremely incomplete. Also the book is written from a northern point of view. I think the author tries to be balanced, but the way he presents information isn't always done very well. Nothing outrageous or anything - just missing pieces of information here and there that could have been summed up in a sentence or two isn't there and changes the context of numerous pieces of information he provides - like General Lee applying for citizenship, the author leaves out why he did that.

The reader does a good job with the material provided.

Compared to Eric Foner's history of the reconstruction era, this is Shakespeare. The author kept things on a human, personal level, as opposed to Foner's work, which, while offering perspective gleaned from massive amounts of research, was comprised in large part of volumes of statistic and felt more like a reference book than a story you could listen to.
Most of the time, my finicky ears didn't notice the narrator, which is one of the highest compliments I can give a narrator. Very few mildly odd infections.
Nicely done, all.

The author as a Lot of very good detailed information, but seems to jump back and forth through time and history. This makes it a little difficult to follow unless you're able to listen for hours and hours without a break. when I would start up again after stopping it would take some time to get caught back up to which timeframe the story was in.

Overall, I liked it.

The story wanders through politicians around the civil war. Seems a chunk takes place before and during the war. While it does give a decent history of civil rights from 1865-1876, it is not a reconstruction history.

Good new info on wide range of personalities, but jumpy through out. Made some seems more evil than actual
reality.

After Lincoln puts the current civil strife in context as the continuation of the aftereffects of the Civil War.