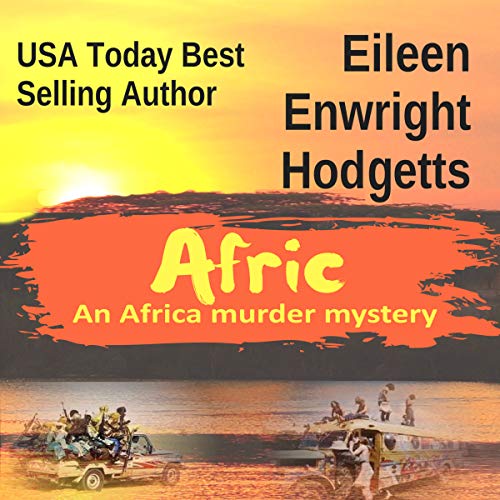 A drama ripped from today’s headlines

1963: As European colonists flee the Congo, a witch doctor finds an abandoned child and teaches him the power of hatred. A hundred miles to the east, six American hippies on a joyride across Africa crash their VW bus into a cemetery. While they wait for repairs, they scandalize the local missionaries and Brenda Carter impulsively marries an African student.

2013: Brenda Carter brings Sarah, her deeply troubled granddaughter, to Africa to explore her roots and meet her grandfather, the man Brenda married and abandoned 50 years before. When a Peace Corps worker is murdered, a baby is kidnapped, and all contact with the outside world is severed by a torrential rain storm, Sarah becomes an unwilling investigator making the connection between the abandoned boy from the Congo, the truth behind her grandmother’s marriage, and 50 years of undercover CIA involvement in the politics of Africa.

A compelling tale of Africa today where witch doctors co-exist with modern medicine, where warlords carry cell phones, and where one small nation stands at the crossroads of America’s War on Terror.

The Book is well written and because the area is so filled with contradictions the story has a variety of fascinations.

I love learning about different cultures and this book does a great job at it , This book a fine read, and spotlights life in a troubled land. murder mystery with a twist one of my favorite, The plot was very engaging.I have never traveled to Africa
Fantastic read!

It's not often that I read a story that takes place in africa, the setting alone made me very interested. The plot and characters we're also very good!

This was an interesting and engaging tale of the African Congo. The plot is complex and well written. The characters are interesting. The narration is well done. If you're looking for something interesting and unique, I think this book is worth checking out.