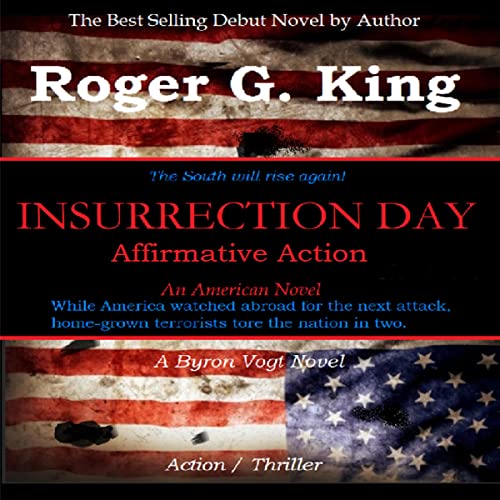 In a world where international threats of terrorism focuses the attention oversees, the threat of domestic insurgency grows stronger every day.

While the world watches in horror, the reality of homegrown discontent boils over and rocks the foundation of the free world. A devastating assassination sends the United States into a tailspin, exposing the harsh realities of a divided and unsettled population. Racial strife and political discord reach its breaking point, and insurrection threatens to tear the fabric of democracy apart.

At the front lines of this civil war stand three men, sworn to protect and defend this great nation from all threats to its freedom: even those that come from within. Together, they must risk their jobs, freedom, and life as they know it and face off against a group of well-organized homegrown terrorists.

Will it be enough to pull the free world back from the brink? Or, will the US crumble under the weight of a second civil war?

What listeners say about Affirmative Action