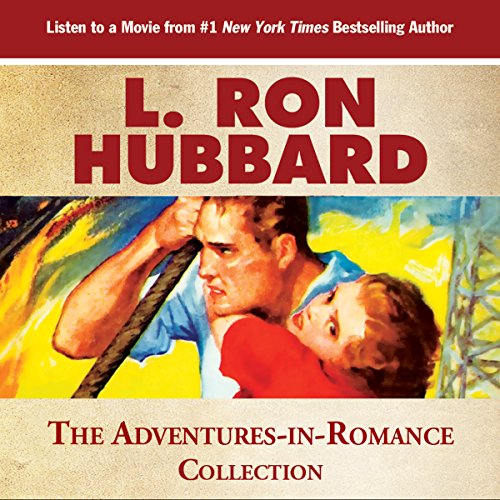 Take an adventure while listening to these historical romance titles: Yukon Madness, Cargo of Coffins, Under the Black Ensign, Black Towers to Danger, and Loot of the Shanung.

Black Towers to Danger: Drilling for oil is a dirty business, and for Bill Murphy, it's about to turn positively filthy. But Murphy's more than a match for everything Venezuela can throw at him. Everything, that is, except for Marcia Stewart. She's convinced Murphy killed her father, and she wants revenge. Murphy's drilling down for the truth, and it's his land, his love for Marcia and his life that are on the line. It's a gusher! The oil flows, the bullets fly, and the action comes fast and furious as the audio version takes you to the heights of adventure.

Yukon Madness: There are all kinds of crazy, but there's only one Yukon Madness. And Royal Mountie Tommy McKenna has seen the terror that follows in its wake . . . his partner murdered and fed to a pack of wolves. Bent on revenge, McKenna sets out to find the madman who did it, and there's only one way to get him through his girlfriend. But whose side is she on? The trap has been set. The question is, who is the predator and who is the prey? Listen to the howling of wolves and feel the icy chill of fear as the audio version answers the real call of the wild.

Cargo of Coffins: Lars Marlin has escaped from Devil s Island and come face to face with the man who put him there Paco Corvino. Now the two are off to sea serving on a luxury yacht, and not since Fletcher Christian and Captain Bligh set sail on the Bounty have two more heated enemies been in the same boat. Lars is determined to find out what Corvino has up his sleeve . . . and what killer cargo he's hiding on board. But the yacht owner s daughter is a beautiful and dangerous distraction. Will Lars be safe in her arms . . . or is she part of Corvino s plot a trap set with honey? Don t miss the boat as the audio version brings to vivid life this scintillating story of suspense at sea.

Under the Black Ensign: Long before Captain Jack Sparrow raised hell with the Pirates of the Caribbean, Tom Bristol sailed to hell and back Under the Black Ensign. He's served under the threat of the cruel captain s lash. He s been accused of murder. And he's been left to die on a deserted island. But his luck is about to change. Together with a fiery woman and a crafty crew, he raises a pirate flag of his own, setting out to make love and war on the open seas. Experience the crack of a whip, the clash of swords, and the roar of the ocean as the audio version delivers high adventure on the high seas.

Loot of the Shanung: A one hundred grand reward for the return of billionaire George Rockham is more than enough to turn Shanghai newspaperman Jimmy Vance s head. Throw in the gorgeous dame who's offering the reward Rockham's daughter Virginia and he might lose his head altogether. As fast-talking as Jimmy Stewart in The Philadelphia Story, Vance jumps at the chance to get what could be the biggest story of his life . . . if he lives to tell it. A missing billionaire. A beautiful woman. A hot story. Hear all about it as the audio version puts a newspaperman up against a brutal deadline.