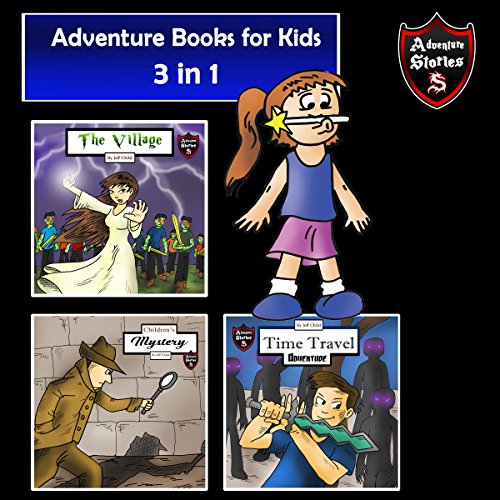 Adventure Books for Kids: 3 Stories for Kids in 1

Adventure Books for Kids: 3 Stories for Kids in 1

Story 1: Peace Ville is full of secrets. Some people cherish a secret crush, while others gather mushrooms for their oJewn special brew, are in search for defensive weapons, or raise the dead to fight back against the invading monsters. A combination of secretive stories haunts the villagers of this seemingly calm town… until all the circumstances fit in their place and come together to form a certain fate. Find out more about these stories, some of which seem to have nothing to do with each other, yet are inseparably connected.

Story 2: A killing has been made. The victim is a woman in her mid-fifties. Everyone is puzzled, and it’s up to detective Crambor to learn who did it. He questions people all over the village, but as he goes on, he discovers that he didn't know much about the family bonds in this seemingly quiet, peaceful village. He is surprised when he connects the dots, and so will you be. Engage in this thrilling mystery story and pay attention as the truth gets unraveled.

Story 3: Steve finds a pearl when he is camping out with his friends. At first he doesn’t know what to do with it, but when he discovers its magical powers, he realizes how much he can mean to the rest of the village by simply finding the logic of manipulating time. Read about Steve, who gets confronted with dangerous bears, dark creatures, and the dilemma of doing what is right.