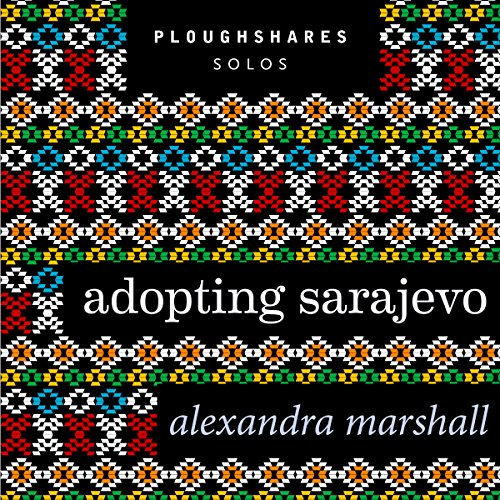 By: Alexandra Marshall
Narrated by: Helen Lloyd
Try for $0.00

Orphaned during the Siege of Sarajevo, Marina - now a teenage figure skating star - returns to Bosnia for the first time since an American family adopted her as a baby. Tag along with Marina as she discovers the true meaning of family, learns about her heritage, and explores the war-torn city that could have been her home.

Alexandra Marshall is the author of five novels and one nonfiction book. Her short fiction, essays, feature stories, travel journalism, and opinion pieces have appeared in many literary journals, newspapers, and magazines. Marshall has also been a film critic for The American Prospect and a guest columnist for The Boston Globe. She has taught writing in two Harvard extension programs and at Emerson College. Born in Western Pennsylvania and raised in the near suburbs of New York City, Marshall has lived in Boston since 1977.

What listeners say about Adopting Sarajevo

A quick visit to Sarajevo

I bought this from Audible and at only just 2 hours, it was a quick listen. In print it is apparently only 51 pages, although it isn't actually available in print, only audio and Kindle.

Marina is a world class figure skater and is invited to perform in the hometown of her birth, Sarajevo. She had been adopted by an American couple after the war and it would be the first time that she had visited the country of her birth.

It was a good, if brief picture of Sarajevo during the war. The taxi driver explained how things were and pointed out some of the remaining evidence of gunfire and destruction.
The description of Marina's skating demonstration was also excellent.
On the other hand, I struggled to piece together all the characters and still don't know who exactly Sara was or why Marina seemed not to know her father very well (One of the disadvantages of audio, as it's hard to backtrack). I'm also surprised that Marina decided not to visit the orphanage from which she was adopted, as the reader/listener would obviously be hoping that she would.

All in all, I found this to be 'good in parts', interesting, but not particularly memorable.