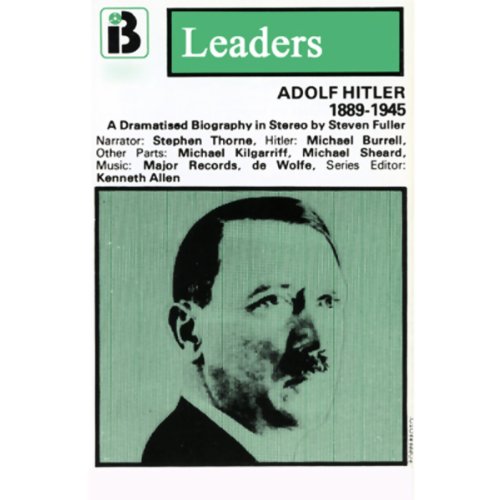 Adolf Hitler had no compassion for his fellow man and yet could beguile them individually or in tens of thousands; he was so narcissistic that he could throw a tantrum to get his way if his supposedly iron will was contradicted. His favoured architect, Albert Speer, compared him to a 6-year-old child. This remark provides a valuable insight when considering Hitler's unthinking cruelty and incomparable destructiveness.

In this sometimes spine-chilling audio biography, the dark atmosphere of the age is superbly conveyed, with actor Michael Burrell giving a terrifyingly convincing interpretation of the demonic despot.

This hits the highlights of Hitlers life. Lacks details but gives a solid over all bio of the man and what influenced him. FAST listen. 3 STARS~ geared for students.

What would have made Adolf Hitler better?

It was always going to be ambitious to do a dramatization of Hitler's life in an hour. i found this work less than comprehensive, the performances were poor and bland.

Would you listen to another book narrated by Stephen Thorne and Full Cast ?

Would be really cool to have a dramatized version of Fuhrer by Alan Prior.