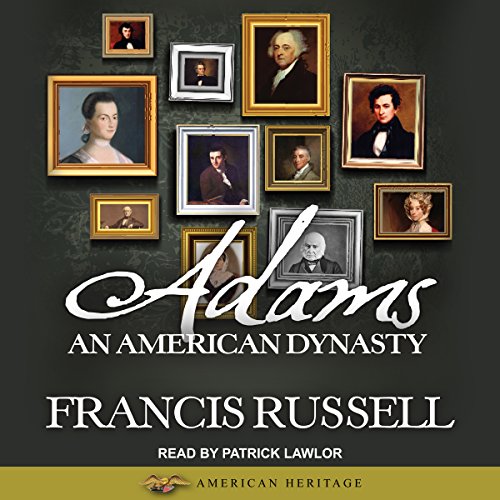 By: Francis Russell
Narrated by: Patrick Lawlor
Try for $0.00

John and Abigail Adams and their descendants have profoundly influenced life in the United States for more than two centuries. From the great political and philosophical contributions of Founding Father and President John Adams, the roster of Adams luminaries is unprecedented: diplomat and sixth president, John Quincy Adams; pre-Civil War "Voice of Honor", Charles Francis Adams; and authors Henry and Brook Adams. The story of the Adams dynasty is as impressive and compelling as its legacy.

What listeners say about Adams

A Story of America

I loved the David McCullough biography on the 2nd President of the US. This book tells the story of the succeeding generations up to the 1st World War. Politicians,journalists, Ambassadors, poets, novelists and on and on. Reading or listening this book will give you, as well as a good potted biography of each of the Adams dynasty a really strong background in 19th Century American history. Excellent work