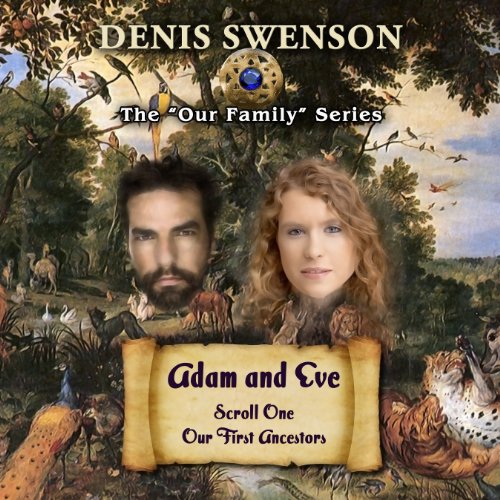 By: Denis Swenson
Narrated by: Colin Grube
Try for $0.00

The Book of Genesis describes the birth of the world and how God created Adam and Eve - but the portrayal of life in the Garden of Eden and the events that followed is short on detail... What if we could hear the story in Adam's own words? To know what it felt like to become conscious as God breathed his spirit into lifeless clay, to understand the wonder that Adam felt as God taught him about the world and how to live in it, to feel what it was like to be so blessed as to walk in the Garden of Eden at God's side?

We could feel his joy when God created the beautiful, golden haired and sapphire-eyed Eve and joined them in Holy Matrimony. We could wonder as God's radiance lit up that sacred morning and ten thousand angels sang the most beautiful songs of joy ever heard. Although God had taught Adam many things - both spiritual and practical - like how to talk to Him in prayer, what fruits are good to eat, and how to make fire and to fish, Adam had figured out quite a few on his own, like how to grow the best grapes and name the friendly animals. However, it was through the wisdom of his helpmate Eve that he learned - amongst many things - that it was easier to prune a vine with a sharp flint than with a reluctant billy goat!

Eve was warm, wise and witty, so it was all the more terrible when her inquisitive mind led her to listen to the serpent as he tempted her to sin. We share Adam and Eve's pain as they were cast out of the Garden and God appeared to vanish from their lives: God simply disappeared, no puff of smoke, no fading away, no ascending out of sight. He was there, and then He wasn't. They have to learn to survive and thrive, despite the hardship and pain of mortal life in the wilderness, and now have to earn their daily bread by the sweat of their brows.

What listeners say about Adam and Eve