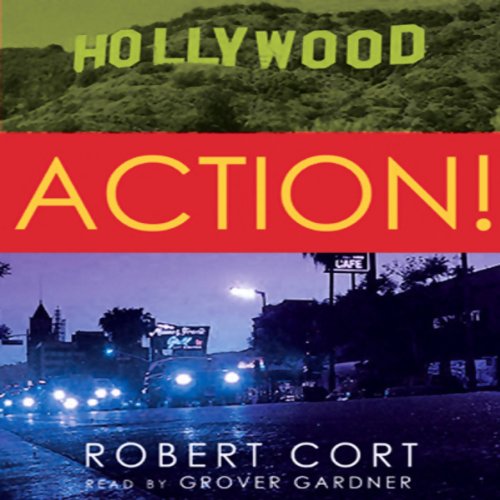 By: Robert Cort
Narrated by: Grover Gardner
Try for $0.00

Action! is a family saga in which five decades of Hollywood history are embodied in the lives of three generations of a movie dynasty, with each generation reflecting the changing values of the motion-picture industry.

A. J. Jastrow, the producer at the center of this story, seeks to build a movie empire. Along the way he battles manipulative executives, power-crazed directors, drug-addicted actors, duplicitous agents, the FBI, and his own mother, Hollywood's wealthiest woman. Interwoven into the fiction are some of Hollywood's most colorful historical characters and a who's who of today's players.

Author Robert Cort, the producer of 52 films that have together grossed more than $2 billion at the box office, has written a novel that is not only a page-turning family drama but also an inside account of Hollywood and how movies are really made.

"Cort absolutely knows the territory....Like any appalling story of how people really behave, it's fascinating, and Grover Gardner gives it all the gravitas good acting can." (AudioFile)
"Gardner's marvelous rendering makes a good novel even better. An impressive narrator with many accents and dramatic variations at his command, Gardner clearly relishes this tale of Hollywood back lots, boardrooms, and bedrooms." (Booklist)
"Gardner's voice has all the necessary smarmy intonations and inflections that characterize stereotypical Hollywood executives and agents. You can almost hear them sucking on their big cigars as they make their deals; but he also captures the innocence of youth and the agony and joy of family relationships." (Kliatt)

What listeners say about Action!