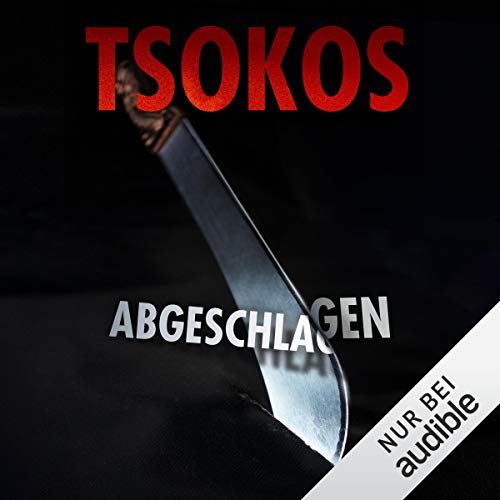 By: Michael Tsokos
Narrated by: Wolfgang Wagner
Try for $0.00

What listeners say about Abgeschlagen

If I were to rate 'Abgeschlagen', the first novel I have ever read by Michael Tsokos, based purely on the latter stages, I would give it five out of five. To put it simply, it was brilliant, a real page-turner which I could not put down. It is let down only by a fairly ponderous and somewhat confusing beginning, as a result of which the reader is left wondering, at least for a while, how the seemingly unconnected elements fit together. Perseverence is definitely needed, but if you stick with it, you will be rewarded.

What is obvious throughout is that Tsokos really does know his subject, which is not surprising, since he is a well-known German forensics expert and pathologist, and the cases which come up in the novel are based on real ones he has been involved with.

Although the senior investigating police officer, Michael Tomförde, features prominently throughout, the story is narrated from the point of view of the pathologist, so we are offered a different perspective from that of many crime novels. Sometimes, the descriptions of procedures, the fates of the victims and even the occasional snippets of dark humour exhibited by those carrying out the post mortems can be somewhat unsettling, but we can rest assured that what happens is accurate, given the author's professional background. I have also learnt some new German technical terms in the field of forensics and pathology, not that I'll ever be likely to use them in everyday conversation!!!

The characters in the novel are larger than life, and we regularly see Paul Herzfeld, our hero, locking horns, not only with his immediate boss, Herr Professor Volker Schneider, but also with Tomförde, with whom he has nonetheless built up a good working relationship based on openness and trust (for the most part). We feel the frustration of Herzfeld's fiancée, Petra, because of his long and unsociable working hours, yet we do witness some nice moments when we see him just being a father to his daughter, Hanna. I also really enjoyed the development of the working relationship (and friendship) between Paul Herzfeld and his Italian colleague, Lucia Tatolli.

Although, as other readers have already pointed out, the true villain of the piece is unmasked particularly early in the story, I would still recommend this book to anyone who enjoys an exciting crime thriller with both likeable and unlikeable characters. If you read it in the original German, you will learn some great new vocabulary too!

Finally, a word about the reader of the audiobook, Wolfgang Wagner: he is superb throughout!