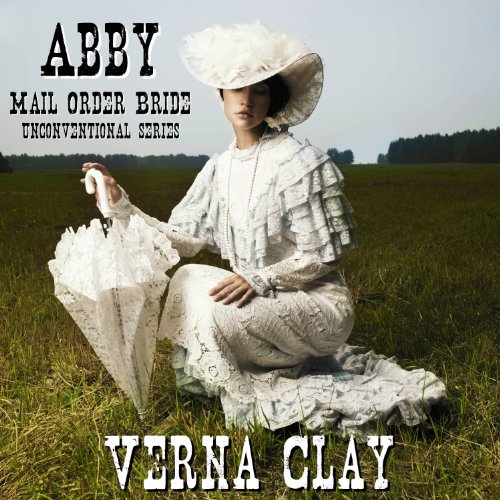 Brant Samson has fallen on hard times with the death of his beloved wife a year earlier from lung fever. Left with three children, he's desperate to find a mother for them. Ten year old Jenny does her best to care for two year old Ty, and fourteen year old Luke works the ranch with his father, losing himself in dime novels to ease the pain of his mother's death. Brant's options are limited since eligible women seldom pass through Two Rivers, much less settle in the small Texas town. In desperation, he places a classified advertisement for a mail order bride. Marrying a woman he'll come to know through a newspaper ad scares the bejesus out of him, but at this point, he's out of options.

Abigail Mary Vaughn always dreamed of having her own family, but caring for her elderly parents, as well as working as a teacher to help with finances, ended that dream. Her parents are now dead and she's faced with the reality of her dismal existence. After reading Mr. Samson's advertisement in the Philadelphia Inquirer, she garners enough courage to respond. Since she is considered an old maid at the age of thirty-eight, she'll more than likely spend the rest of her life in gut-wrenching loneliness unless she does something unconventional.

This is the first book in the Unconventional Series.


At first I wondered if a book less than 4 hours long would be worth a credit, but I was unfamiliar with the author and wanted to judge for myself....and I can tell you, with a resounding YES, it was well worth the credit.

Be sure to have a box of tissue handy when listening to Abby: Mail Order Bride, you'll need it.

Verna Clay is a very talented author, and I hope Audible will be adding her next book in this series, as well as other books by Ms. Clay.

Although Amy Gramour's voice is rather monotone, it is pleasant and did not distract from this touching, true to life story about a Mail Order Bride from the East traveling to Texas to care for a family of four who had lost their wife and mother the year before.

I recommend it all soft-hearted romantics.

What starts out as a marriage of convenience turns into the 2nd love of a lifetime for a broken family. After loosing his wife Brant needs a wife to help care for his 3 children. He puts an add in newspapers across the country. Abigail a teacher who spent her life taking care of her late parents sees the ad and decides this may just be her only chance for a family of her own. The story is not without twists and turns.

Good story of a mail order bride coming to be a wife and mother to three little ones. To have a home of her own, and to be needed. A good flowing plot by the author , and enjoyable with the narration.
Given audio for my voluntary review

This book was great. The narrator was fair.
I loved the story and there are some twists and turns you don't see coming at all. Have a tissue handy. The original story was great. I look forward to more in the series.

This is a good book to listen to. Brant need help with his kids after his wife died. Abby is a nice girl and tries to fit in. She becomes very attached to the kids. It is interesting to listen to everything that happens as they grow together. I highly recommend this book. Verna Clay wrote a great book and Amy Gramour does a great job narraiting this book. If my review is any help will you é below. Thank you

Loved it! All about new beginnings, grief over lost loved ones and family! Happily ever after ending!!

What a cute sweet historical novel. Mail order brides is the old E-Harmony. Lol Life was so hard back in the day but the simple joy in life is love.

The story was great but I never got used to the narrator. I won't finish the series even though I really liked the story.
The narrator over enunciated each word and had little inflection in her voice.
Maybe a reader; not a listener.

What other book might you compare Abby: Mail Order Bride to and why?

Probably not. I might recommend the book but probably not the audiobook. The narrator read in a monotone without much emotion.

I liked the story up until the part where Abby left the family. I know she was devastated but I found it to be a very selfish act when there were two children who had already experienced quite a bit of during their lives.

Would you be willing to try another book from Verna Clay? Why or why not?

Providing a different narrator was used, I probably would.

The narrator is definitely not the worst I've ever listened to. She is just boring.