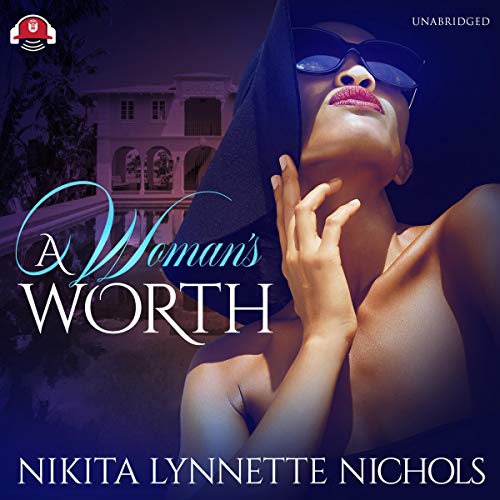 If 28-year-old Monique Morrison had only one wish, it would be to fall in love with a man sent from God; a man who will cherish her forever. But Monique makes a huge mistake when she chooses to help herself. Going against her Christian values, she decides to play house and move in with her musician boyfriend, Boris Cortland. Boris is in no hurry to get to the altar now that Monique has already signed on to play the role of a wife.

Though she's in church Sunday after Sunday, praying for God to touch Boris' heart and turn him from his wicked ways, it seems Monique's pleas are going unanswered. Suffering from neglect, rejection, and plenty of verbal abuse, Monique has all but given up on her dream of a relationship that represents unconditional love; that is, until Adonis Cortland moves in and does for Monique all of the things that Boris won't do. Could Boris' own cousin be the man Monique had been seeking?

What listeners say about A Woman's Worth

The Narrator, coupled with the story line was a bit of a snoozer to me. She did not have any enthusiasm, kept coughing in the background and just distracted me from the weak storyline.

I am an avid listener to Audio Books and feel that Authors should more selective with the Narrators who they choose. It can actually make or break their book. 👎

The narrator was horrible

I love this book! Love the characters and their interactions but the narrator sounds like a second grader who is just learning how to read aloud! It totally ruins the pacing of the story and makes it difficult to enjoy.

I love this series, however the narrator cannot pronounce basic high school vocabulary. This really decreases the quality of the recording. Please have someone record and resubmit.

The story line was good. I was about to delete it after hearing how boring the narrator was, but I gave it a chance due to the summary. She really did the book more harm, than good

The story line was ok but the narrator was horrible!!! I’m sorry but it should’ve been a black woman reading

Narrator mis-stated and mispronounced words throughout the story.
The vocal quality is too young for the characters and does not match the ethnicity.
In addition, the tone is mostly flat/dry.

Very Over The Top!

I guess I should applaud the writer for showing black men in the best possible light instead of the negative stereotypes; however, I still would like it to be somewhat realistic. Often, we get the absolute worst example or the extreme best. I love the stories that fall somewhere in the middle of realism. I am a woman who is not impressed by designer name shoes and clothes and don't need the stories filled with excessive shopping and spending and always mentioning the top brand names of everything. I think I am especially bothered by it when there is a Christian theme to the story when it seems like the characters are so caught up in materialism.

I hate to be negative all around but the narrator was not good. There was no rhythm to her reading. There were awkward pauses and the chapters ended abruptly or uneven. It was as if she has not studied the material beforehand. I could hear the narrator clear her throat during the reading and there were words she could not pronounce correctly. How could they let a recording go forward with these types of errors? Her performance of Acreta was excruciating to listen to. I kept hoping it would get better but it never did. I agree with some of the other reviews that this book should be re-recorded.

it's sad because I would have enjoyed the book a lot more if the narration was better. I'm sorry but the narrator sucked. how do you mispronounce calligraphy and patent leather? she emphasized the wrong words and did not know how to read slang correctly. please rerecord this book with a new narrator.

I loved the story line! I also like that the ladies are plus size but proud of it. A love story without the smutty sex.