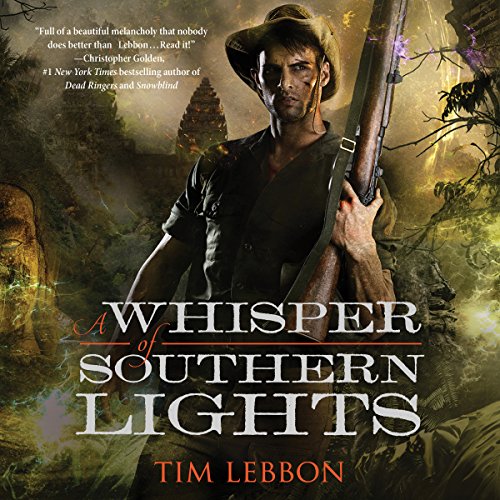 A Whisper of Southern Lights

By: Tim Lebbon
Narrated by: Scott Sowers
Try for $0.00

Death and destruction follow the demon wherever he treads, and Gabriel is rarely far behind, waiting for his chance to extinguish the creature known as Temple once and for all.

But in Singapore during the Second World War, a lone soldier in possession of a shattering secret gets caught up in their battle. The knowledge he holds could change the course of their ancient conflict...and the fate of the world.

A Whisper of Southern Lights is a standalone tale in the Assassins series by Tim Lebbon.

" A Whisper of Southern Lights is full of a beautiful melancholy that nobody does better than Lebbon. A tale of immortals engaged in a blood-spattered, centuries-old cat-and-mouse game.... Read it!" (Christopher Golden, New York Times number-one best-selling author of Dead Ringers and Snowblind)

What listeners say about A Whisper of Southern Lights