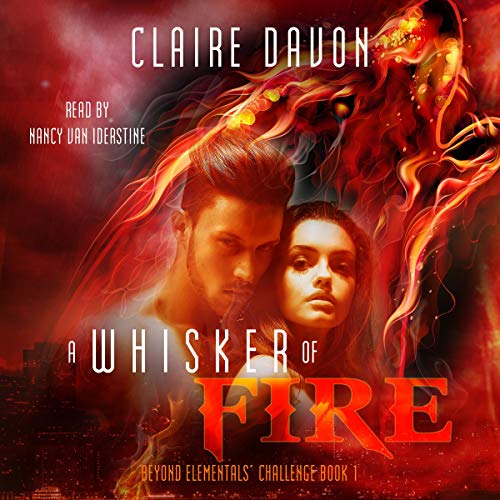 A Whisker of Fire

By: Claire Davon
Narrated by: Nancy Van Iderstine
Try for $0.00

Iona instantly recognized her fellow barista, Sebastian, as someone like herself. Other. Not human. Though he’s an American werewolf and she’s an Ifrit - a Middle Eastern being of fire - she is drawn to his deliciously coffee-dark eyes, which flash silver only for her.

But she can’t indulge any smoking-hot fantasies. As soon as she graduates, she’s leaving San Francisco. Before her controlling, male-dominated clan finds her. Before the city’s Elemental Phoenix notices her presence and drives her away with her (probably burning) tail tucked under.

Bas isn’t privy to all his pack’s secrets, but he’s sure of one thing. Iona is being followed. Someone with an otherworldly whiff about them. Whatever it is, it’s targeting the woman whose killer curves and moonlight-and-secrets eyes sear his blood.

Right about the time of Challenge - the Phoenix’s ongoing fight to protect humanity - the stalking creature attacks. To save herself, the man she can’t help but love, and the rest of humanity, Iona will have to fight fire to fire. Doing her part to save humanity. Risking everything to show the world - and Bas - her true form. And hope he won’t bay at the moon and run for the hills.

What listeners say about A Whisker of Fire