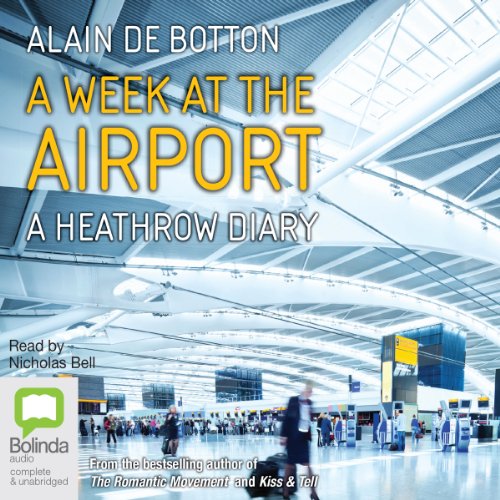 A Week at the Airport

By: Alain de Botton
Narrated by: Nicholas Bell
Try for $0.00

We all spend longer than we would like waiting around in airports, but we rarely discover anything about our fellow travellers or those who work there. In the summer of 2009, however, Alain de Botton was given unprecedented, unrestricted access to wander around Heathrow, one of the world’s biggest airports, having been appointed its Writer-in-Residence. He spoke with everyone from airline staff and senior executives to travellers passing through, and based on these conversations he produced this extraordinary account of life at an airport and what it says about modern existence.

Working with the renowned documentary photographer Richard Baker, he explores the magical and the mundane, and the stories that inhabit this strange "non-place" that we are usually eager to leave. Taking the listener through the departures lounge, "airside" and the arrivals hall, de Botton shows with his usual combination of wit and wisdom that spending time in an airport can be more useful and more revealing than we might think.

"Simultaneously poignant and terribly funny... De Botton's most imaginative work yet." ( Spectator)
"Funny, charming, and slender enough to pack in your carry-on." ( Daily Mail)
"Surprising ... His observations on airport life are wry and thought-provoking." ( Telegraph)

What listeners say about A Week at the Airport