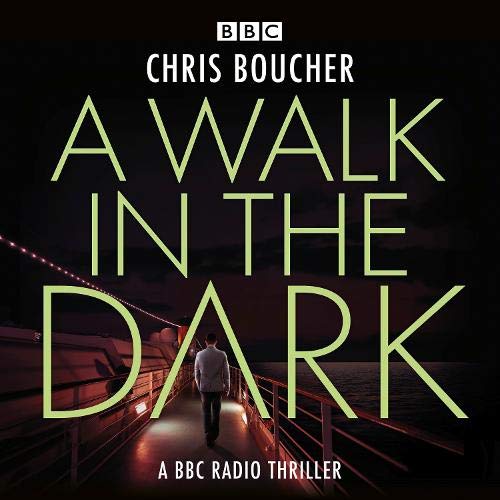 A Walk in the Dark

A five-part vintage crime drama about a mysterious death on an ocean liner.

Aboard the Carthena, on its way from Sydney to Southampton, a passenger walks on the dark deck, unaware his death is only seconds away. It's a death which will set in motion a criminal investigation stretching from England to Australia.

In London, Ruth Cobb receives a visit from the Southampton police, informing her that the dead man was her brother, Stuart. DC 'Birdie' Partridge and his sergeant believe it was an accident, or suicide, but the feisty Ms Cobb is adamant that it was murder. The official report suggests her brother was drunk and depressed after a row with his girlfriend - but the Stuart she knew was gay, and teetotal....

Sensing a conspiracy, Birdie disobeys orders and starts probing further - and he soon finds that in Ruth, he has an amateur sidekick who is equally keen to uncover the truth. But the more she pursues her enquiries, the more she puts herself in danger. Can Birdie stop Ruth from becoming the next victim?

Directed and produced by Gerry Jones

NB: Due to its age, this serial contains some dated attitudes and language

Captain of the Carthena - Nicholas Courtney

What listeners say about A Walk in the Dark

Story was meh, the whole thing was meh. Over acting and a cheesey plot. The awful theme music sounds like 80's action show. I normally like all the BBC stuff but this wasn't the best especially for that price an only 2hrs.

This is a ho-hum entry of fairly formulaic writing with very little substance. Nothing remarkable or interesting in this. The writing is bland, the acting isn't much, and the story is unmemorable. The result is a serviceable distraction for 2 hours. Very 80s

My 2nd Listen Was as Enjoyable as the First

A very good production & storyline typical of the era. What I call a ‘cosy listen’, one that I have enjoyed twice as much as the first time.
Just wish the female character was not portrayed as an agitated nag.